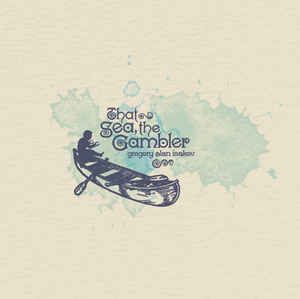 " He is great. "The Stable Song" is an all-time favorite "

“And I’m going back where I belong, with the salt and the sea and the stones, save them all for me.”

If Thoreau could sing, he would probably make an album exactly like Gregory Alan Isakov’s “That Sea, The Gambler.” Bold, you say? Perhaps. Irrelevant, you say? Maybe. Who is Thoreau, you say? You confuse me. Put down this newspaper and pick up a book; any book will do.

I say this because Isakov’s lyricism is clearly influenced by Transcendentalism. His lyrics are deeply rooted in nature, dealing mostly with the beauty of the moon, the sea and the night sky. They’ll show you a side of nature you may have never imagined. If you listen to this album on a nighttime stroll, you’ll never want to stop walking. I can guarantee it, as it’s the main reason this article is past its deadline.

A lot of writers personify nature, but Isakov truly makes it come alive. He makes the night sky into something you can share your feelings with, and the ocean into a troubled soul you can relate to. In interviews he has mentioned that one of his biggest influences is Leonard Cohen, and for those of you who are fans, you won’t be disappointed. The only difference is that Isakov has a beautiful voice.

And don’t even get me started on his music. On songs like “3 a.m.,” it’s just him and a finger-picked guitar, and yet it is surprisingly intricate and definitely addicting. It’s mostly for the lyrics and Isakov’s soft yet raspy voice, but the sound is still affecting. And for the rest of the songs, he is accompanied by an assortment of banjo, harmonica, cello and a backing vocalist, along with his complex acoustic guitar. Before I knew who he was, “The Stable Song” came up on my Nick Drake Pandora station, and the sound alone had me hooked. It wasn’t until a few more listens that I even paid attention to the lyrics, and then it was a full-blown addiction.

You can see a glimpse of Isakov’s personal life in his fairly abstract music. He ruminates about heartbreak, but in such a broad and natural way that there is only a hint of pain in the words. And every so often, you can hear a trace of an accent in his vocals, presumably because he is originally from Johannesburg, South Africa. His heavy use of natural imagery hints at his previous studies in horticulture, as well as perhaps some literary influences.

Whether you’re a fan of acoustic folk music, or just a lover of Transcendental poetry, I truly think you’ll enjoy this album. " ( THE BUCKNELLIAN)