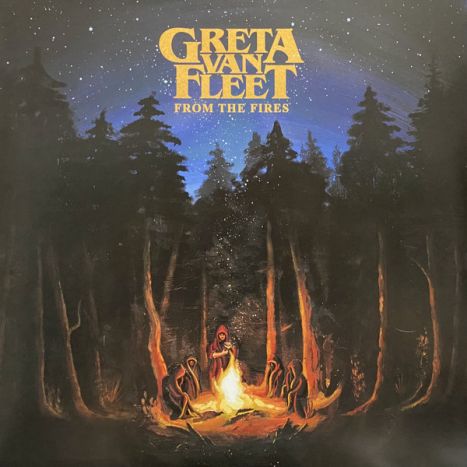 SEALED NEW Copy ( no wear to cover at all )

"From the Fires is the second EP by American rock band Greta Van Fleet. It is a double EP consisting of eight songs; four from their debut EP, Black Smoke Rising, and four new tracks... , these guys are kicking off a classic rock revival.
I'll just put it out there: The singing is spectacular! Very Robert Plant-ish, but yet different in his own way. I never get tired hearing this voice sing. The rest of the band is solid, very good musicians. No, they will not dazzle you with licks & tricks & unbelievable solos.
After decades of hard rock & hearing just about every type of guitar playing you can imagine, what else is there to be done? It's all been done before, and these guys don't pretend to be bringing anything new to the table.
They are just bringing to us, great old fashioned hard rock, ala' Led Zeppelin, perhaps a dash of Rush,.."