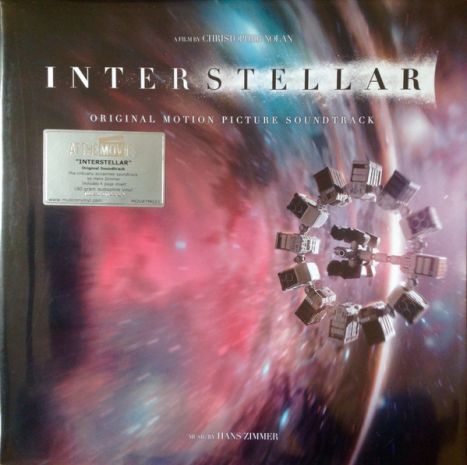 Tracktitles listed sequentially on release.
There is no credits for track D16 on release.

( amazon) "Interstellar" is definitely one of the best soundtracks of the year. .. for Interstellar I wanted to own the 2LP as a both collectible and as a source of the highest quality of music.

As for the score itself, it is really great. I would say this is one of the cases where the music works better as presented in the movie than it does on it's own; but it is really a pleasure to listen to this music in any context. There is not a weak track in the bunch - I've listed my five personal favorites below. My only concern is that it left me wanting more, and indeed I was disappointed to find out that some tracks that I wanted were not included here (a few are available on iTunes, others remain unreleased).

There are only a few key themes here, and they are included a number of times on the album. An example: variations of "Day One", which I would call the main theme of Interstellar, can be heard in the tracks "Cornfield Chase" (where it is more upbeat) and "S.T.A.Y." (where it is more somber). This is not a bad thing to hear variations of the same theme, especially when it's so good."