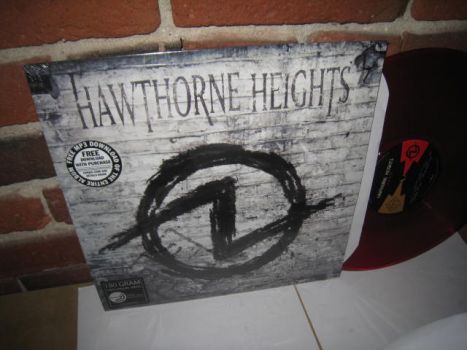 
Hailing from Dayton, OH, Hawthorne Heights broke onto the scene with their 2004 platinum debut, THE SILENCE IN BLACK, featuring the hit single "Ohio Is for Lovers." Since then, the band has sold over 1.7 million records in the US alone. 2013 brings the new studio album ZERO. Recorded in Nashville and produced by Brian Virtue the band feel this is the best HH album yet.

Zero may not be enough to change your mind about Hawthorne Heights if you never cared for them before, but for anybody whos ever enjoyed the band its a statement that theyve still got a few tricks up their sleeve. Taking command of the microphone yet again is JT Woodruff whos vocals can be very hit or miss with certain listeners. And although his nasally voice may be an acquired taste, its glowing with more confidence than its had in quite some time on Zero.


The upbeat Spark displays his ability to carry an entire song without relying on guest vocals or even screams. The lyrics are simple, but encouraging and fit perfectly between the punchy guitars, a huge sing-along chorus and an unexpectedly solid performance by Woodruff. It stands tall and proud as one of the most passionate songs on the album.

Aforementioned Hollow Hearts Unite is also a winner and is nothing short of beautiful as Woodruff spills emotion from his every pore over some lightly picked guitars and somber violins.


Darkside isnt much different, except unlike the single it actually comes across as lazy both musically and lyrically. However, this time around the majority of the album manages to deliver
More Information
Please sign in with your email address or Create an Account.
New Products
Compare Products
Compare
Clear All
You have no items to compare.
My Wish List
Last Added Items
Go to Wish List
You have no items in your wish list.
Vinyl Records Vancouver
Categories
Help
Quick Link
Newsletter