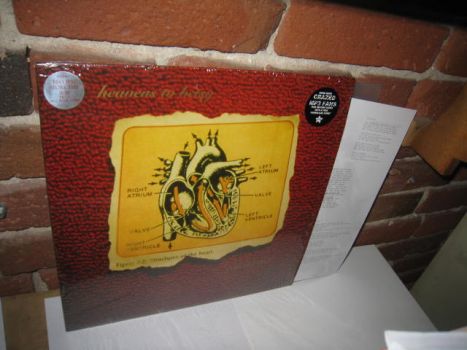 This is a beautiful record. I don't know if it's punk or not, and i really don't care, the songs are great, and i like the not-so-trashy ones the most. complicated is just beautiful ('if you want to go just go go go, I'll die if you go just go go go, and i'll watch you go away..'), I can't think of a better song about love, relationships, and the defenses people build after they get hurt, and how this affects our new relationships ('i've built this walls around me, i'm begging you to knock them down', if that's not the greatest love line out there, i don't know what it is).

A melodramatic and raw album in classic riot grrrl mode.
It's an unrefined diamond, down to it's anatomy depicted cover, a zine in pure audio form. "Axeman" is the strongest song on the record, a dirge of rage on football and hormonal craziness and the "punk-white priviledge scene.