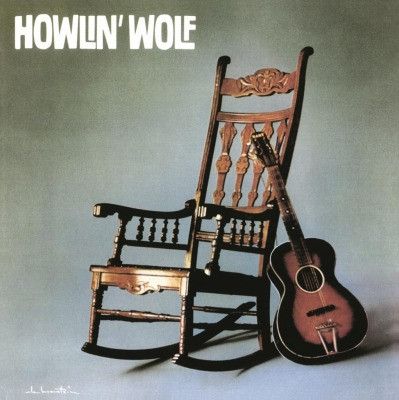 Referred often to as "The Rocking Chair Album".

Wolf was a powerhouse of a singer, a blues belter who positively growled his words. Backed by a Chicago blues band of unrestrained force, the result is some of the strongest and long lasting recordings in the history of electric blues

With a booming voice and looming physical presence, Burnett is commonly ranked among the leading performers in electric blues; musician and critic Cub Koda declared, "no one could match [Howlin' Wolf] for the singular ability to rock the house down to the foundation while simultaneously scaring its patrons out of its wits." Many songs popularized by Burnettsuch as "Back Door Man" and "Spoonful"have become standards of blues and blues rock.

In 1956, Burnett recorded his masterpiece work, Smokestack Lightnin. The hit peaked at number eleven on both the Cash Box Hot Chart and Billboards R&B chart. Over the next five years, Burnett recorded many hits: , Spoonful, Wang Dang Doodle, Back Door Man, Goin Down Slow,  and Red Rooster. ( all included here )

In 1959, Burnett released his first album on Chess, Moaning in the Moonlight, which was followed in January 1962 by Howlin Wolf, sometimes referred to as the Rocking Chair album. Greil Marcus of Rolling Stone magazine called it the finest of all Chicago blues albums.


This was one of the most important musicians of all time. Most people today simply don't understand or appreciate that these are the origins of most contemporary western music. And the wisdom of a street sage who has lived the hard life which he sings about. This is truth in art. Listen up young people.

my favorite voice...he was a kind and gentle man...so generous...i played drums when he needed me...but i just wanted to hang around him