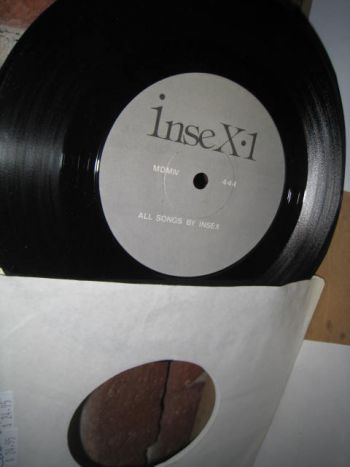 Skip to the beginning of the images gallery
Details
Insex - One

Perhaps the first band to use the name "INSEX" --an early Vancouver punk band fronted by the now deceased wildman Karlin Shewman. INSEX barged its way into Vancouver's alternative music scene in 1979 to play beside the likes of DOA, the Subhumans, Young Canadians, Private School, Scissors, Antheads, Secret V's, and 54-40, to name only a few. Early gigs took place at the infamous Smilin' Buddha Cabaret on East Hastings Street and at the many "hall" gigs held around Vancouver at that time.
More Information
Please sign in with your email address or Create an Account.
New Products
Compare Products
Compare
Clear All
You have no items to compare.
My Wish List
Last Added Items
Go to Wish List
You have no items in your wish list.
Vinyl Records Vancouver
Categories
Help
Quick Link
Newsletter