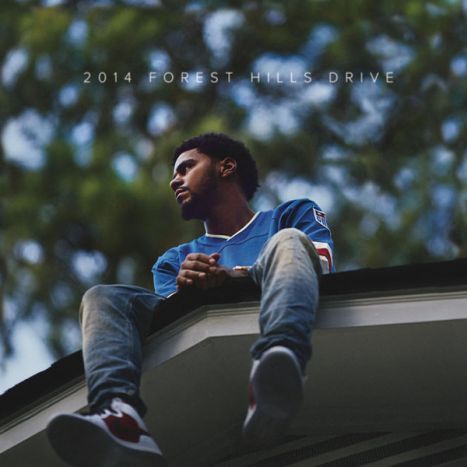 The album was mainly produced by Cole himself, along with others such as !llmind, Vinylz and Willie B. Upon its release, 2014 Forest Hills Drive received generally positive reviews from music critics. The album debuted at number one on Billboard 200, selling 371,000 copies in its first week of release.

The album pays particular attention to Cole's individual pursuit of self contentment and happiness, from his youth in Fayetteville, North Carolina to the bright lights of Hollywood. Delineating his early lust for women, money and a sense of status, 2014 Forest Hills Drive goes on to address the by-products of this, offering an incisive critique of the music industry at large as he begins to see the reality of his new found success. The album urges listeners to find value in the intangibles that Cole feels are often overlooked - family, friendship and love.


This album is his best work so far. Controversial issues are brought into the mix, but without the feeling that J. Cole is trying to stay relevant. Instead of sounding desperate for acclaim, he seems desperate to tell you what he is thinking.


Been a Cole fan for a while, and this album went off my expectation, he goes back to his roots, and the stories, lyrics, and beats is very different to any his past albums and mixtapes. My favourite song is "No Role Modelz", because of the meaning behind it, but "Fire Squad" is off the chain!
His perspective is interesting whilst his whit and skill keep it way above being labelled conscious, but instead being poetic. Hiphop.