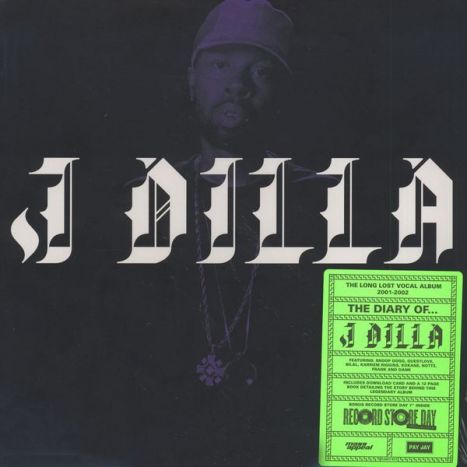 Includes download card, bonus 7" and a 12-page book detailing the story behind this legendary album.

"The bookends of the albumthe cinematic intro, the proclamations, the heavy-handed ad-libs on the closing trackare conceits that try hard to position The Diary as an important record, but they're unnecessary. The tracksnamely Supa Dave West's "So Far," Hi-Tek's "The Creep (The O)," and Karriem Riggins' "Drive Me Wild"are playfully bouncy enough to get heads bopping, shoulders bouncing, and hips grooving while still smart enough to be cerebrally rewarding to beat nerds. They're all incredibly short, as well. Like most numbers here, they clock in at under three minutes, all but begging for expanded editions masterminded by Dilla collaborators and devotees like, Madlib, Kanye West, and Flying Lotus. (Seriously and please.)

There are still moments, like the touchingly personal title track, where we are reminded Dilla was a beast of an MC when he wanted to be. On "The Shining, Pt. 1 (Diamonds)," Dilla lights up like a late-90's Jay Z. An obvious take on Jay's "Girl's Best Friend," it's a song-long metaphor as love song to bling and plays like Dilla's radio concession. But Dilla may as well have been prophesying his legacy: "You so special, you multifaceted/ You can cut glass with it/ It's so brilliant /Go spend a little dough, look like you sold millions/ Plus you everlastin'/ And drastically important when sportin' your ghetto fashion." That was Dillamultifaceted and brilliantand The Diary is notable for presenting an official release to his intended debut. And, just like any diamond unearthed after many years, The Diary is flawed, but still precious." ( PitchFork)