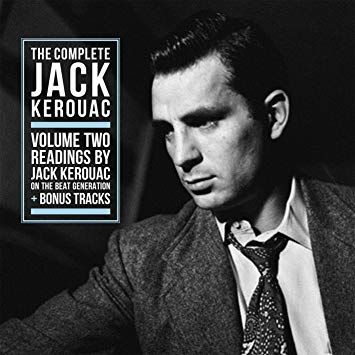 1. Readings from 'On the Road' and 'Visions of Cody'
2. Interview with Ben Hecht

Second part of Jack Kerouac's chronicles on the beat generation, a term that he coined to label, a social and a literary movement in the 1950s. Volume 2 contains the album 'Readings By Jack Kerouac On The Beat Generation' plus bonus tracks.

Readings by Jack Kerouac on the Beat Generation is the third and final spoken word album by the American novelist and poet Jack Kerouac, released in January 1960 on Verve Records. The album was recorded during 1959, prior to the publication of Kerouac's sixth novel, Doctor Sax.

" Although Jack Kerouac was the "voice of his (beat) generation," it was his writing - rather than his speaking - voice that became well-known. His three albums of spoken word poetry and prose, two from 1959 and one from 1960, received little circulation or critical notice upon their initial issue,"