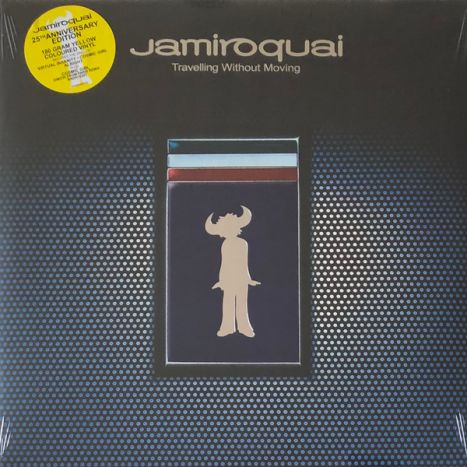 ."Adding pop savvy to their soul-disco mix, Jamiroquai grabbed the attention of MTV and Top 40 radio and won a Grammy with this platinum-selling album, their third. It's a fine record, with warm keyboards, sweet strings, and irrepressible grooves grounding Jay Kay's sublime vocals and fueling the hits ("Virtual Insanity," "Cosmic Girl," the title track). That voice--elastic, jazzy--is the fire of the band, but immaculate guitar sounds, snappy backup vocals, and clever old-school soul samples (Eddie Harris on "Alright," Esther Phillips on "High Times") are the details that create perfection. Balancing the dance-ready, radio-friendly tracks are the ballads "Everyday" and "Spend a Lifetime," the reggae-styled "Drifting Along," and a couple of didjeridoo instrumentals. --Suzanne McElfresh"