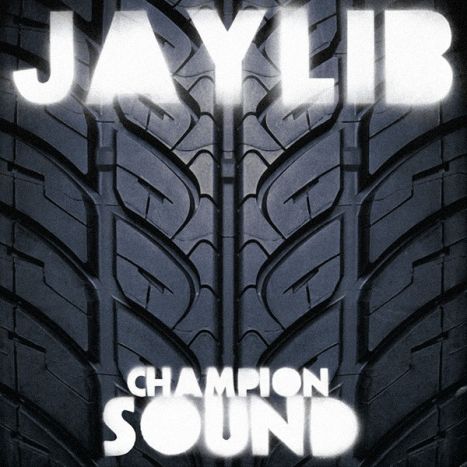 
Tracklist
A1 L.A. To Detroit
A2 McNasty Filth
Rap [Featuring]  Frank-N-Dank
A3 Nowadays
A4 Champion Sound
A5 The Red

Notes
A5 "The Red" and D4 "No Games" have different beats from the original version, due to copyright issues.


"And who said producers ain't supposed to rap?" Jay Dee asks on the "The Mission", a standout track on his new collaboration with ultra-prolific producer Otis Jackson, Jr. (aka Madlib). It's not so much a hard-fast rule as it is an unfortunate trend that producers rarely get in front of a mic-- producers like Kanye West and El-P have frequently proven themselves capable of holding their own with heavyweight emcee. Fortunately, these two haven't had much trouble making time for rhymes: Jay Dee's appeared prominently with Slum Village on 2000's Fantastic Vol. II and solo on the 2001 BBE release of Welcome 2 Detroit, while Madlib has put down lyrics with the legendary Oxnard, California-based underground collective Lootpack and on his own solo records as himself (this year's Blue Note-sampling Shades of Blue) and Quasimoto (2001's The Unseen). The concept behind the Jaylib project, then, seems a logical conclusion: each provide beats for the other's rhymes.
As expected, Champion Sound is unquestionably one of the most exciting and inventive hip-hop productions this year: Jay Dee's characteristically bass-heavy breaks and Madlib's wonderfully off-kilter quasi-organic dutchery compliment each other perfectly, and their best moments here easily rank among their personal highs. But call it a self-fulfilling prophecy: the lyrics are its Achilles' heel. Jay Dee and Madlib change places with each successive track, but their message-- mostly that "Jay Dee and Madlib are collabin'," that they "are in this mothafucka," and "live bitches is what [we] need"-- rarely butterflies into much else.
Fortunately, the record's focus doesn't rest on its lyrics: Madlib-produced "McNasty Filth" assume's the role of party track and just kills, alternately flaunting organ and baritone sax drones before upshifting into some vaguely Prefusian cut-ups and a hi-hat's violent treble attacks. Title-track "Champion Sound", also produced by Madlib, comes peppered with ample fuzz and an offbeat chorus of "Wah!" while orbiting a sultry female vocal sample. "Strip Club" is the album's most amusing track, a quirky steel drum sample reminiscent of Super Mario 2 backing a brilliant dialogue between the duo in which Quasimoto plays a stripper offering deeper intimacy: "I can touch you and you can touch me."
Three "The" tracks-- single "The Red", B-side "The Official", and above-mentioned "The Mission"-- make for Champion Sound's best moments. Pulling no punches, "The Red" packs a spooky piano vamp and female chorus sample into a characteristically minimal Jay Dee backbeat, over which Madlib throws out a host of shoutouts and the occasional Quasimoto-ism. Madlib's muted trumpets on "The Official" recall Miles Davis' late 50s work with Gil Evans (particularly Miles Ahead or 1960's Sketches of Spain), and its understatement is answered in opposite by the fast-paced sampling, boastful string vamp and Philly soul-style horns of "The Mission".
If there were a scorecard for Champion Sound, Madlib would undoubtedly receive higher marks than J Dilla on both sides of the beat, but both far exceed the buffoonery of guest rapper Talib Kweli on "Raw Shit", the album's abysmal low-point. Lazy production, lame tropes like, "Everybody say I love/ That bullshit/ I like it/ I love it," and, "Everybody just gather 'round / 'Cause all we want to do/ Is get on down," and Kweli's incongruously deadpan delivery make this track pretty much unlistenable. The disjointed "React", while interesting, becomes grating before it finally closes out, and Madlib's initially promising revolver-like beat on "Strapped" is a similar headache. Fortunately, slip-ups like these are few and far between.
Champion Sound in theory is a remarkable proposition, and for the most part the Jaylib team deliver the ridiculous beats expected of them while, perhaps ironically, acknowledging in verse the album's lyrical shortcomings. The tracks floating around from the Madvillain sessions, a similar Stones Throw collaboration between MF Doom and Madlib, seem more promising both lyrically and musically, but in the end, Champion Sound is itself certainly no lightweight.

Such a beautiful song.