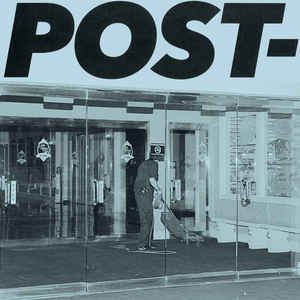 Rosenstock began his solo career in 2012 by releasing his debut solo "mixtape"[1] I Look Like Shit two months after Bomb the Music Industry! had announced their intention to breakup.[2] This was followed by the Summer Seven Club project in 2013, which granted purchasers of Rosenstock's 7" single "Summer" exclusive access to new songs periodically released over the following months. All the songs from Summer Seven Club were later collected and made available as the Summer + compilation album.[3] Rosenstock's first[4][5][6][7][8] studio album as a solo artist, We Cool?, was released in 2015. His second solo album, entitled Worry, was released on October 14, 2016. On New Year's Day 2018,

Rosenstock has performed with many other ska and punk rock bands, including Mustard Plug,[10] The Bruce Lee Band, and AJJ. He has also performed with his Bomb the Music Industry! band-mates Laura Stevenson and Lee Hartney.

Rosenstock also founded the independent record label Quote Unquote Records, which puts out all of its records for free (in keeping with Rosenstock's long time DIY ideology.) More recently he launched Really Recordswhich has released vinyl for The Sidekicks, Hard Girls, Archipelago, Shinobu and many of Jeff's projects.

He has also worked as a producer for other artists such as Mikey Erg, The Smith Street Band, Laura Stevenson, and Dan Andriano. He is also a member of Antarctigo Vespucci, a collaborative project between himself andFake Problems front man Chris Farren.

Rosenstock will be composing the music for the upcoming Cartoon Network series Craig of the Creek.

( pitchfork) " any artists spent the past year trying to make sense of our toxic sociopolitical landscape, but few did a better job than a guy whose album dropped several weeks before the 2016 presidential election. The results of November 8 may have hit like an isolated, cataclysmic incident, but it increasingly appears to be the logical endpoint of the American experiment, caused by and resulting in economic and cultural panic which Jeff Rosenstock’s breakthrough solo album WORRY. tackled with righteous, frenzied eloquence. To paraphrase “Wave Goodnight To Me,” when it all came into focus—insistent police brutality, urban displacement, the bursting of the music festival bubble, Reddit’s sociopathic influence—Rosenstock was ready for it, the rare artist who managed to be both prescient and timely in 2017.

WORRY. itself was an unexpected culmination of a more encouraging decades-long process, an undersung, anti-commercial punk lifer making the record of his career and getting frighteningly close to mainstream acceptance while everyone played catch up. Hours after a cathartic, drunken New Year’s Eve show in Philly, Rosenstock surprise-released his third solo album POST-., which asks the $7500 question: Can Rosenstock’s musical and political passion withstand expectations now that the inconceivable is his new normal?

Rosenstock toured WORRY. relentlessly from the moment it dropped and he hasn’t lost his ability to read the room. "USA" announces his presence: “Dumbfounded, downtrodden and dejected/Crestfallen, grief-stricken and exhausted/Trapped in my room while the house burned down to the motherfuckin’ ground.” Later, while collapsing hungover into a dream-pop breakdown, he rallies a crowd to sing in unison: “We’re tired and bored.”

“USA” is a moment that could be found on Titus Andronicus’ The Monitor—a seven-minute us-against-them salvo that sees the Civil War as unprocessed national trauma, continuing and ever-evolving along culture and race lines. He’s seeing themeverywhere; not just the burnouts at Midwestern gas stations that are exoticized in Red State safaris, but the patriarch of a suburban family in a crossover SUV. “I won’t hate you, I just need to know/Please be honest/Tell me was it you?” he begs, demanding to find out who exactly betrayed America and put people in power whose entire platform runs on political shitposting meant to do little except expedite the death of the disadvantaged. It all builds to a cheerleading chorus of “Et tu, USA!”, but it really sounds like “F U/USA,” already the frontrunner for the most fortuitous misheard lyric of 2018.

As an outright call to arms, “USA” is an outlier on POST-. True to its title, it takes stock of what happens after the shock subsides and a more unsettling fear arises—a world where a steady refrigerator-buzz of dull outrage becomes our emotional baseline. “Yr Throat” and “Powerlessness” touch on how invigorating it felt to finally be heard, the moments of genuine hope in seeing usfinding common ground. But those songs are only briefly about hope; they’re mostly stewed in the pervasive, underlying doubt about whether any of it is sustainable or whether America is worth saving in the first place—"