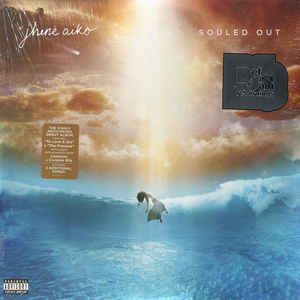 She embarked on her music career contributing vocals and appearing in several music videos for R&B group B2K. At the time, she was known as B2K member Lil' Fizz's "cousin", though she is not actually related to him.

It was used as a marketing tool, suggested by Sony and Epic Records, to promote Aiko through B2K and attract an audience. In 2003, Aiko was set to release her debut album, My Name Is Jhené, through her labels Sony, The Ultimate Group and Epic, however the album was never released, with Aiko asking to be released from the label in order to continue her education.

In March 2011, Aiko made her return to music with the release of her first full-length project, a mixtape titled Sailing Soul(s). On December 16, 2011, Aiko signed a recording contract with American record producer No I.D.'s record label ARTium, distributed through Def Jam Recordings. In 2013, Aiko appeared on Big Sean's single "Beware", also featuring Lil Wayne, which became her first top 40 single on the US Billboard Hot 100 chart. In November 2013, she released her first project for Artium and Def Jam, an extended play (EP), titled Sail Out. The EP was supported by the singles "3:16AM", "Bed Peace" and "The Worst", the latter of which went on to become certified platinum by the Recording Industry Association of America (RIAA). Aiko released her major-label debut album, Souled Out, on September 9, 2014.

Sovereignty seems to be the mission of Aiko’s proper debut Souled Out. Throughout the album, the predominant voice heard is hers; barring some choice backing vocals from songwriter to the stars James Fauntleroy, the lone celebrity guest spot is a bottom of the ninth appearance from Common on the album closer “Pretty Bird (Freestyle)”. It’s a high-risk measure, a glut of solo mood pieces from an artist many may only have experienced a few lines at a time on friends’ choruses. But anchoring Souled Out are Aiko’s advancing command of her instrument and a more daring approach to melody. These songs ask more of her than the mopey, low-register Drake-fan-service of her earlier material. Her voice skips and flits across these compositions with a confidence that defies the limits of her range. Aiko has zeroed in on her strengths as a performer (stoned perseverance, stoned exhaustion) and tailored Souled Out specifically around them. The breathy resignation of “It’s Cool” fits the song’s pursuit of a distant love interest hand in glove, while “Wading”, awash in unrequited romance, emotes with desolate, echoing vocal runs.

Aiko’s writing can be a liability, though. In avoiding the Ester Deans, Ryan Tedders, and Sias that workshop many of her peers’ hits behind the scenes, she gives Souled Out a distinctly personal edge and an earnest, lived-in feel. It also means there's sporadic lapses into pat aphorisms that do few favors for the record's "melody first, lyrics later" songwriting approach. Opener “Limbo Limbo Limbo” gets overwrought quick: “She was just as basic as the universal language of love.” “W.A.Y.S.” folds Buddhist monk spirituality into Cheshire Cat turns of phrase: “You have got to lose your mind just to find your peace of mind.” “There’s really no fail, there’s really no winning/ 'Cause nothing really is, and everything really isn’t.” “Lyin King” dabbles in pop psychology: “Mr. Serial Lover, I wish your mother loved you like I could’ve.” Like Sail Out’s bonus track “Comfort Inn Ending (Freestyle)”, Souled Out’s nightcap “Pretty Bird (Freestyle)” finds Aiko vocalizing free verse for one of the album’s most impassioned performances. But the thematic conceit—Aiko having run out of things to say—doesn’t need four minutes of exploratory scatting to bear out.

With Aiko’s writing flowing freely from relatable distress to hotbox reverie, Souled Out’s producers, composers, and players are tasked with minding the turbulence. Sailing Soul(s) and Sail Out architect Fisticuffs sneaks a few cuts in, buoyed by a handful of contributions from No I.D., Röyksopp, Kid Cudi mainstay Dot Da Genius, and others. Though Souled Out’s cast is diverse, its sound is of a piece; end to end, it surges with a lush, aquatic gravitas, distinctly R&B but never confined to genre conventions. “W.A.Y.S.” pairs contributions from Thundercat and Clams Casino, bombing gently plucked guitars with massive, echoing drums and cross-breeding both artists’ trademark sounds to dramatic effect. “Spotless Mind” imagines a world where a post-Police Sting discovered drum machines instead of turtles and lutes, before spinning out on a loping guitar coda reminiscent of “Strawberry Letter 23”, while the plinking bells and wraith-like synths of “Wading” might’ve graced a Cure record in another era. Souled Out’s production is a warm bath of understated musicality, even if it’s occasionally a bit too drippy and sleepy for its own good.

Souled Out capably buffs Jhené Aiko’s strengths and shellacks her faults, but the moments where she steps out into the depth of her story transcend the synergy of a group of musicians with good chemistry. On “Promises”, Aiko speaks to her daughter, whose quality time with her mom is hindered by the exacting commitments of celebrity, and to her deceased older brother, whom she petitions for strength in trying times. The heartrending vulnerability of the trek through Aiko's fears into a knowing acceptance of the fragility of life, the randomness of misfortune, and her eagerness to keep at it in the wake of an irreparable loss, is quietly devastating. “W.A.Y.S.” (short for “Why aren’t you smiling?”, one of her brother’s final Twitter transmissions) is a mantralike message of hope charged with as much determination as self-suggestion, a perseverance she has had to speak into existence. Hers has been an arduous road, but with Souled Out, Jhené Aiko has begun to knead adversity into sustenance."