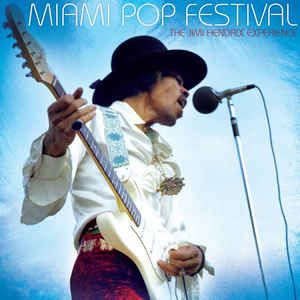 All songs published by Experience Hendrix L.L.C. (ASCAP) except: tracks A2 and A4.


2013 live archive release from the Rock icon. The May 18, 1968 Miami Pop Festival was the first major Rock festival staged on the East Coast. The Experience were in the midst of recording Electric Ladyland when they were offered the headline status by promoter Michael Lang. Their two electrifying sets have never been released and make their debut here as part of this album.