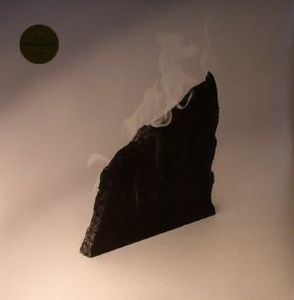 A1 Black Ballet
A2 Unknown Tongues


Wow, this is quite some album from Planet Mu! You may not be so familiar with Jlin, a footwork producer with a couple of contributions to the second Bangs & Works compilation Planet Mu released, but the Indiana based artist is quite the talent on the basis of Dark Energy.

Jlin has gone on record to say this album has been in gestation from some time and explores darker themes than you would usually get on a footwork album. There's a real confidence to her productions at times on this album, "Black Diamond" in particular has a wonderful swagger to its syncopation, and in "Expand" Jlin offers an intriguing collaboration with RVNG Intl's resident voice manipulator Holly Herndon.

Footwork lost its best-known proponent when DJ Rashad died last April. He did more than anyone to push and promote the juttering, rapidfire Chicagoan form of dance music, and along with the likes of DJ Manny, RP Boo and DJ Earl, brought soul to the sound. Jlin continues that lineage with a debut album that moves the genre beyond the dancefloor. Unlike artists such as DJ Nate, who chopped up Lil Wayne samples in order to make staccato statements of intent, Jlin uses her own instrumentation. There are some samples here (quotes from the traumatic Joan Crawford biopic Mommie Dearest are spliced in on Abnormal Restriction), but theyre not the main thrust of a track; on Black Ballets, Black Diamond and Mansa Musa its Jlins own compositions that stand out. This is no sanitised version of footwork, though: the sound palette is still unremittingly brutal, with bpms whirling around the 190 mark. As Burial is to dubstep, Jlin is an artist who belongs to her genre, but has an eye on where it could go next.