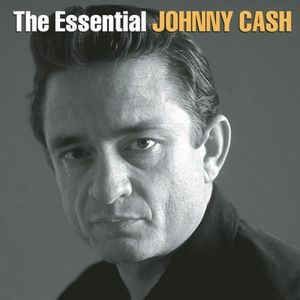 "The real beauty of this album is that you really don't have to be a C&W fan to enjoy it.
"Jackson", with his wife June Carter, is a jaunty tune with a smooth country flavor. The first version of "Jackson" I ever heard was sung by Nancy Sinatra and Lee Hazlewood when I was doing my tour overseas. Same tune and lyrics, but Johnny and June's version captures the country flavor better.

"I Walk The Line" was one of Johnny's biggest hits early in his career. The guitar work here is great. It really flows along with Johnny's lyrics. A true Cash classic.

"Orange Blossom special" is another happy go lucky tune about catching a train bound for the sunny climes of Florida. This one features a great harmonica accompaniment.

"The One On The Right...." was one of Johnny's contribution to the whacky song fad of the time. You can tell this one was from the 60's because one of the guys in the band "burned his drivers license" (a parody of the draft card burners), and in the end he was drafted.

"Ring of Fire" was another smash hit for Johnny. It was a love song that Johnny wrote for, as he said years later, someone who's name he forgot.

"It Ain't Me Babe" is the same tune that the Turtles had a hit with in the 60's. I don't know if Johnny recorded his version first or not. His version has more of a country flavor than the Turtles pop version. and June Carter Cash!

"Ballad of Ira Hayes" was one of many tributes to the Indians that Johnny recorded in song. Ira Hayes (if you are not familiar with the name) was a Pima Indian. As a Marine during World War II, Ira was one of the seven men that raised the flag on Iwo Jima. The flag raising, along with Ira Hayes, has been immortalized by the Marine Memorial in Washington DC. The song goes on to tell the story of how Ira came home to become an alcoholic and eventually die as an unforgotten hero. This is a really powerful ballad and tribute to an Indian who became a war hero.

"The Rebel-Johnny Yuma" was from the tv show of the same name in the late 50's, starring the late Nick Adams. This version is longer than the tv theme of course, with additional lyrics that you didn't hear in the tv show. By the way, Johnny actually did sing the tv theme song. If you remember the tv show you will recognize this song. If not, you will enoy it anyway.

"Five Feet High and Rising" tells about the onging struggle between man and nature. It starts at two feet high and rising, and in each verse Johnny tells us of the havoc the flood waters are causing. It may not sound intersting on the surface but you'll be surprised at how well Johnny performs it and puts you right there in the middle of the flood waters.

"Don't Take Your Guns to Town" tells us about a young cowboy in the old west named Bill. He's planning to go to town and his mother pleads with him not to take his guns. Well, Bill decides he's a man and takes his guns with him anywat. Bill should have listened to his ma, because in the final verse.....well, you can probably guess what happens. With each verse of the song the tempo of the guitars increase, adding to the flavor and drama of the lyrics.

On most albums there are always one or two tracks you just don't like. This album will NOT be one of them. Every song is a bona fide Johnny Cash classic presentation.