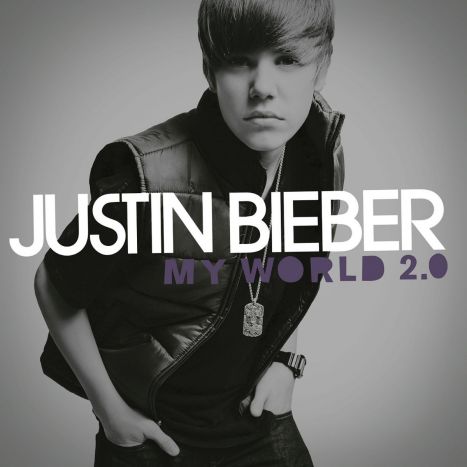 Skip to the beginning of the images gallery
Details
Justin Bieber - My World 2.0


2010 release from the teen sensation, the follow-up to his million + selling 2009 mini-album My World. With his poptastic blend of urban pop, Justin Bieber has exploded as a global new media star, with over 100 Million YouTube video views (the first 10 million of them as an amateur, posting his own renditions of favorite songs by Ne-Yo, Stevie Wonder and Usher). From singing in front of President Obama to shutting down malls with hoards of screaming fans, 2009 introduced the world to its next pop sensation and in 2010 Justin doesn't plan to slow down. Includes the single 'Baby' (with Ludacris).

However, complicated and Bieber are two words that shouldnt go hand-in-hand when discussing his songs. Hes pretty predictable lyrically, most notably on ballads like Overboard and That Should Be Me. In Biebers defense, his rather trite lyrics are excusable. Clichés sound much better than over thought, lofty words when they are coming from a 16-year-old anyway.

Biebers voice has this undeniable soul quality to it and there is great control here. During the chorus of That Should Be Me, Bieber croons up and down the scale effortlessly and so naturally that it makes you believe in what he laments. When the singer isnt showing you the darker and lonelier side of his music, hes keeping you warm and charmed with songs like U Smile, which features polished, joyful piano work that chimes and carries catchy enough hooks to make for moments of pleasure.
More Information
Please sign in with your email address or Create an Account.
New Products
Compare Products
Compare
Clear All
You have no items to compare.
My Wish List
Last Added Items
Go to Wish List
You have no items in your wish list.
Vinyl Records Vancouver
Categories
Help
Quick Link
Newsletter