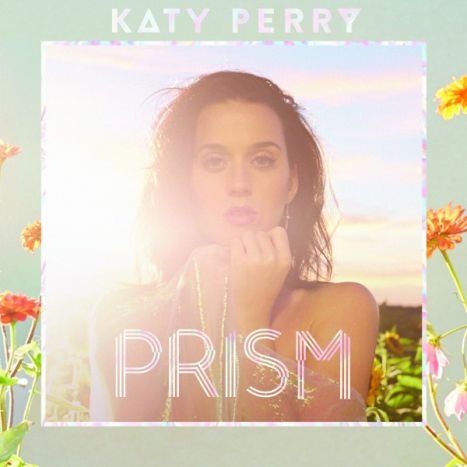 
A1 Roar
A2 Legendary Lovers
A3 Birthday
A4 Walking On Air


2013 release, the third studio album from the colorful singer/songwriter. The album's first single 'Roar' topped the US Billboard Hot 100, while peaking at the top 10 of twenty-five countries. The album also includes 'Dark Horse' (featuring rapper Juicy J) and 'Walking On Air'. Producers and collaborators on Prism include Dr. Luke, Max Martin, Greg Kurstin, Cirkut and others.

1) Roar: The first single and a massive hit, and not even one of the best cuts on the album. I understand why this was released as the first single, it bears the closest resemblance to the songs on "Teenage Dream" and is a natural choice. But you'll be pleasantly surprised to find that "Roar" is not the only nugget in this treasure chest.

2) Legendary Lover: An over-the-top, up-tempo ballad with a Middle Eastern flair. At times, Perry has a tendency to sing a little flat, and in this song it works to her advantage.

3) Birthday: Disco/EDM track with an incredibly catchy verse and chorus. This is a fun song filled with double entendres ("It's time to bring out the big balloons"). This song doesn't pretend to be anything beyond a good time. One of the best cuts on the album.

4) Walking On Air: Also heavily EDM influenced, it sounds like a modern spin on Madonna's "Holiday", which is a good thing. Throughout the song the drums cut in and out (a technique used several times on the album), which initially is a little jarring. But after a few listens it becomes much more palatable and gives Katy's voice some breathing room and allows her to make use of her falsetto.

5) Unconditionally: This is where Katy starts to dig a little deeper. This is one of the many tracks on the album that deals with the theme of relationships and Perry's pain is evident. In most popular music today, you can hear the auto-tune, but not this track. This sounds like pure, raw, Katy Perry, similar to how you'd hear her live.

6) Dark Horse: Like many artists today, she makes use of a rapper (Juicy J) to handle the verse while she takes the chorus. If you're a fan of Macklemore or Flo Rida, two artists that have made a career from this, this will likely appeal to you. I prefer straight KP.

7) This Is How We Do: Another fun, upbeat, dance number. She sings this one in a staccato/half rap style that is not unappealing. This is the Katy we used to know, when she was all about having fun.

8) International Smile: An upbeat straight-up pop track with a strong melody line and vocal. The lyrics are a little cliche-ridden, however. If you're not bothered by corny lyrics, you'll enjoy it.

9) Ghost: One of the best songs on the album, but not likely to be a single. Too dark and introspective. This is obviously about her breakup with Russell Brand and she isn't afraid to put her most personal feelings out there for everyone to hear. The melody in the verse is beautiful and it's only accentuated by the real pain she is able to conjure up when delivering the vocal.

10) Love Me: Not one of the stronger cuts on the album. Katy again shows her vulnerable side as she sings about trying to learn to accept herself and all her flaws. The verse is a little too blase and the chorus isn't strong enough to take the song out of first gear.

11) This Moment: A slow-paced EDM track that doesn't really qualify as being unique enough to make an album that has similar songs that do it better.

12) Double Rainbow: No relation to the Youtube video with the same name (Thank God). A melancholy track that reflects a theme that weaves itself throughout the whole album. "Teenage Dream" indicated it was time to have fun, whereas "Prism" suggests it's time for contemplation. This is a good track that deserves several listens in order to to experience all of its layers.

13) By the Grace of God: A more traditional ballad with a verse that would not be out of place on a Carrie Underwood album. Perry is again extremely personal with her lyrics as she sings of her struggles with self-image.

14) Spiritual: This is not a style you've heard from Perry before, and it's another interesting progression in her growth as an artist. It's a throwback to the eighties, where influences of the Eurythmics, Madonna, Roxy Music and Human League are all prevalent.

15) It Takes Two: Another song about her breakup with Russell Brand, where she puts half the blame on herself and apologizes for it. The song has a great bridge, probably the best on the album. Unfortunately the verse and chorus don't hold up as well.

16) Choose Your Battles: A slow, dark, EDM track. "Why are you trying to make me your enemy?... I'm not fighting anymore." An appropriate finish to an album that takes chances and chooses to explore some darker themes.