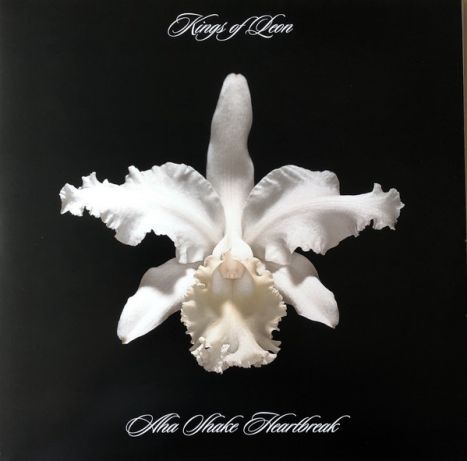 Putting faith in earth-shakers like "Velvet Snow" and "Pistol Of Fire," the wound down and pleasing "Milk" and its yodeling cousin "Day Old Blues," the Kings ultimately escape Preacher Leon's retribution, rendering him speechless--save for a simple "amen.

This is not like the debut album. Aha Shake is much more dynamic record. It stops and starts on a dime and the music has been pushed a bit more in all directions. Now don't get me wrong, it's still the same basic sound found on Youth and Young Manhood, it's just a bit more polished and thought-out in all areas.

You get indie-style radio friendly rockers like King Of The Rodeo and (the first single) The Bucket. But you also get a nice mix of slower numbers like Milk and Day Old Blues. The main difference from the debut is the slow numbers do MUCH more than slow the tempo. Milk is almost experimental in it's sparce arrangement and vocal delivery, while Day Old Blues pushes the idea of what is a chorus.