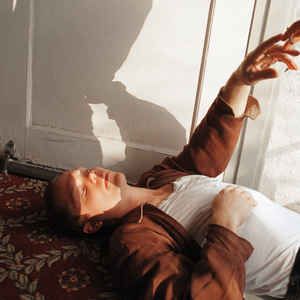 A1 Half Asleep
Written-By – Korey Dane

B1 Lovesick In A Hotel Wildfire
Written-By – Korey Dane

B3 Down In A Hole
Written-By – Korey Dane

B4 The Knife Got Cold
Written-By – Korey Dane

( amazon) " Korey Dane grew up in Long Beach, California, as a skateboarder kid with a gearhead father and an English teacher mother and with a guitar he learned to love as he learned to play, letting a few inherited books and a handful of records lead him away from home and into the great American unknown. That’s where he found his last album Youngblood, born from months exploring and hitchhiking and putting songs together piece by piece, then presented as promise and potential to veteran producer and A&R man Tony Berg (X, Public Image Ltd.). He set up in Berg’s Zeitgeist Studios and with a crew of top-notch sessioneers—just like they used to do with the Wrecking Crew during L.A.’s golden age—he hammered Youngblood into something real, releasing it with Innovative Leisure in the fall of 2015. Then smash-cut to September of 2016, with Dane coming off tour, a relationship about to crack in a half, and his 27th birthday about to hit, just like he’d predicted—unwittingly—in his song “Hard Times.” (The day before he started recording, he’d had a fortune teller tell him hard times were coming, but that was a waste of money—he already knew that.) He was left standing at the leading edge of his new album with … well, nothing ...but his songs and a beautiful room where he could record them. Oh, and 96 hours to get it all done. So he got it done: he tapped a few close friends to back him and cut Chamber Girls almost completely live, searing instinct and experience direct to tape at L.A.’s analog time capsule Valentine Recording Studios. He produced everything himself, too, except for a quick assist from Berg on one a song, inspired by the deceptively simple ethos he’d internalized while making Youngblood: pursue greatness. “Writing a song that you know someone might skip over later is sacrilege,” he says."