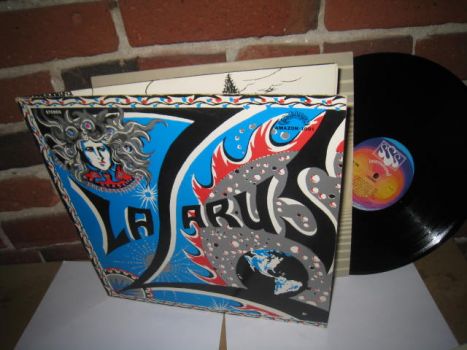 Skip to the beginning of the images gallery
Details
Lazarus - Lazarus

Lazarus were a soft rock trio, originally known as Shiloh, who were one of the early signings to the Bearsville label -- and like a lot of that company's early signings, their music came and went without much notice from the public, despite their having the attention of Peter Yarrow as the producer of their two LPs.

Legend has it (as also referenced in the notes to their debut LP) that they approached Yarrow backstage following a 1969 Peter, Paul and Mary concert. In short order, they were renamed Lazarus and cutting an album under the auspices of Yarrow and Peter, Paul and Mary producer Phil Ramone, and were signed to Bearsville, a record company newly organized by PPM manager Albert Grossman.

Lazarus - You've Got to Get Ahead