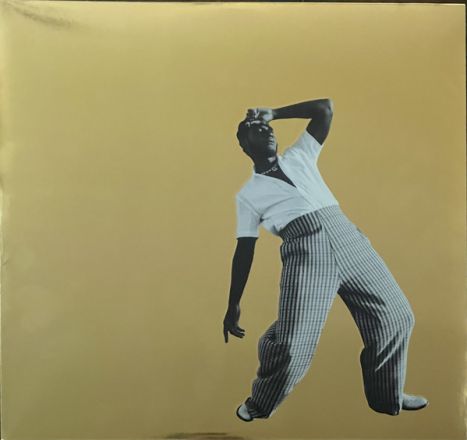 ( Pitchfork) " The opening pair of tracks offers a sampler of the record’s quiet strengths. “Motorbike” opens with guitar plucking and quiet drumming, with Bridges allowing his voice to roughen briefly as the song rounds a corner into its first chorus. “Born Again,” which was written in Texas, is sumptuous, with swirling sax from Martin and keyboard from Glasper flattering Bridges’ range.

The impact of both songs, as well as a third, the twinkling mid-tempo jam “Steam,” is blunted by Bridges’ restraint. This is a musician for whom so much is effortless."

" Lyrically, this may be Bridges’ best-written record, with motifs worth paying attention to. A notable one is time—more specifically, time stopping, which makes sense when one remembers that Bridges was living, and for some time trapped, at Gold-Diggers. “Don’t Worry,” a well-structured song on which he sings full-throatedly, with a nice feature from Atia “Ink” Boggs, mentions a clock stopping. “Motorbike” makes passing reference to a similar idea, which is explored most fully on “Sweeter,” a Martin feature on which Bridges questions why so little has changed since the 1960s: “I thought we moved on from the darker days/Did the words of the King disappear in the air like a butterfly?” While the song, released shortly after the murder of George Floyd, is focused on injustice, it really lingers on the idea of being replaceable. A line on “Why Don’t You Touch Me?” does the same, while adding a new thought: “I’m dressing to the nines and your eye’s straying.”