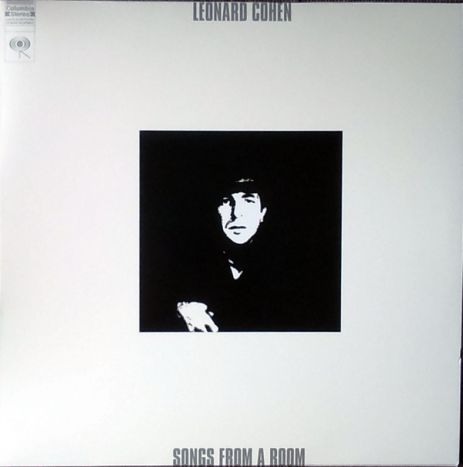 Leonard Cohen - Songs From A Room

"I choose the rooms that I live in with care / The windows are small and the walls almost bare," Leonard Cohen sings in a particularly telling couplet in "Tonight Will Be Fine," one of the highlights in this aptly titled album from 1969. The Canadian poet-performer's sophomore release has the sub rosa feel of an attic hideaway, thanks in part to Bob Johnston's restrained production. Cohen's near-monotone vocals are suitable for conveying his finely honed, meditative musings but--at this stage in his development--not much else. Johnston's soundscapes aren't as beguiling as the ones John Simon created for Cohen's superior debut, Songs of Leonard Cohen, though lovely orchestral shadings flatter such Cohen classics as the oft-covered "Bird on the Wire" and "Story of Isaac." Songs from a Room is only a secondary effort when it's stacked up against its consummate predecessor, But by any other measurement, it's an exceptionally literate and enigmatic recording by a true original.

Although overshadowed by its haunting predecessor, The Songs of Leonard Cohen, Songs From A Room is probably my favorite of Leonard's albums. It is - unbelievably - more personal than the first. It seems to begin and end in resolute introspection. As Cohen fans may agree, one almost wonders after living with his songs for years whether Leonard wrote them and sang them for you, or whether you wrote them and gave them to him - so much do they become a magnetic North for our own emotional compasses. In Songs Leonard seems to explore every human relationship: that of lovers certainly ("Tonight Will Be Fine"), but also father and son ("Story of Isaac," "The Butcher"), patriot and country ("The Partisan," "The Old Revolution"), and ambiguous, erotic friendship ("Seems So Long Ago, Nancy").

From his concert in Warsaw in 1985, an intense performance of Story of Isaac.

Like so many of Leonard's songs, this one is about so much more than what is on the surface. It is timeless. It touches hearts, souls, minds.

Leonard Cohen. Bird on a Wire