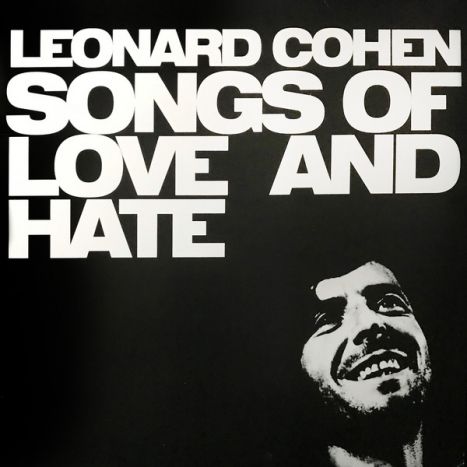 "Like all Cohen's early albums, Songs Of Love & Hate has grown in stature down the decades. Famous Blue Raincoat was beautifully covered by Jennifer Warnes on her album of the same name which also contains a duet with Cohen on a longer version of Joan Of Arc. Sing Another Song Boys is Cohen at his bitter best, its harsh chorus atypical of the image of the subdued folkie but pointing to later songs like Lover Lover Lover on 1974's New Skin For The Old Ceremony. Diamonds In The Mine is in the same vein, where the celestial female vocals are particularly effective in balancing Cohen's raw voice on this tale of stunning imagery. (In retrospect, in tone and delivery these two songs are not too far removed from tracks like Iodine or Paper-Thin Hotel on his much-criticized Phil Spector produced album Death Of A Ladies Man). Besides those to, the other track are typical early Cohen. With astonishing elegance and simplicity, the haunting melodies, poetic lyrics and ragged voice have a way of establishing themselves in the consciousness of the listener. Few other artists touch the strings of the soul in the way that Cohen does. Perhaps Richard Thompson comes close now and again, as do Nick Drake, Lou Reed on Berlin, Nick Cave and definitely Swans and Angels Of Light. "Love and Hate" is another jewel in Cohen's crown of ageless music."