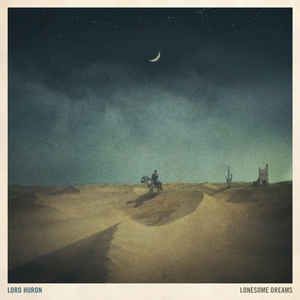 
The album opens with "Ends of the Earth," a jaunty and triumphant song filled with imagery of rivers, mountains, and arid desertscapes. As well constructed as the song is, it follows so closely the open-ended indie folk style of Fleet Foxes, My Morning Jacket, and the like that it comes off as a pretty blatant ripoff and little else. The searching harmonies and overblown pondering of nature don't help. However, as soon as the song fades out, "Time to Run" begins with watery field recordings of bells and washy synth tones before bursting into a jubilant slice of acoustic pop owing equal parts to Animal Collective's happy-go-lucky freaked sounds and Paul Simon's Afro-pop-borrowing optimism.


The song is beyond catchy and beyond happy, bounding along ecstatically between huge choruses, friendly verses, and experimental found sound breakdowns. Being of several minds like this is the crux of Lonesome Dreams. Somewhere between the feral experimentation of freak folk, the sunny polyrhythms, and the obligatory references to rocks and trees that come with soul-searching folk-informed indie rock like this, Lord Huron either sound like brilliantly happy tropical indie rock (as on "The Man Who Lives Forever") or under-produced young country (as with the hokey title track).

Rarely do the two worlds meet in the middle as well as they do on "Time to Run," though mellower tracks like "Ghost on the Shore" and "In the Wind" create more space for the album's softer intricacies. While Lonesome Dreams paints its sound in broad, thoughtful strokes, it's at its best when the arrangements meet up with hooks.

It's sweeping, cavernous, intimate and nostalgic at the same time.

Quite possibly the most underrated song the past couple of years, absolutely mind blowing song.