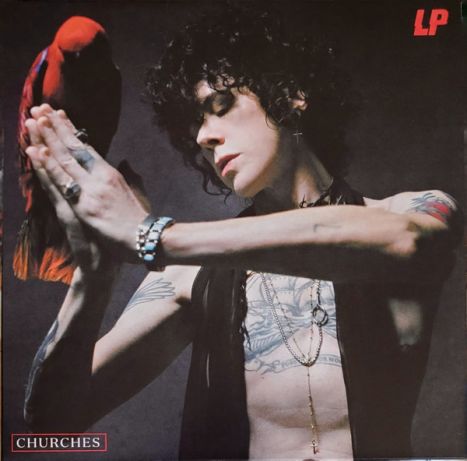 ."..For New York singer songwriter LP, the idea of authenticity is everything.

It’s a concept that’s driven one of music’s more unique recent career paths. In an era where artists are rarely given the opportunity to develop an identity or grow as an artist over the course of years and albums, LP was given the gift of time.
After a stretch spent writing for artists like Christina Aguilera, Rihanna and Cher, LP found global success with the single “Lost On You” in 2015, one which topped the charts in 18 countries 14 years after the release of her debut album.

Authenticity again lies at the core of the 14 tracks that make up the new album Churches." ( forbes)

.".songcraft shines through as they navigate the histrionics of emotion. The singer-songwriter finds churches in unconventional places, worshipping at love's altar — in relation to both others and the self — by embracing the qualities of myriad genres, shifting from synthpop to indie rock to country-folk in fluid sweeps.

This album was made in a time where human connection and community was put on hold, so subconsciously, we imagined this music being experienced as some sort of sweet release after a dark time. As LP's community continues to grow, so does the palette of what works in the LP universe. It was made with a lot of love, sincerity and friendship, with the hope that it translated into a body of work to be enjoyed by all. As fluid and as genre-less as LP is, the music we make is always a pursuit of reflecting their philosophy with a message of love and connection at its centre."

"The singer-songwriter (born Laura Pergolizzi)–who’s written for the likes of Rihanna and Leona Lewis–is perhaps best known internationally for 2015 single “Lost on You” that performed well throughout Europe. Though prominent behind the scenes, Churches is an album all about LP. It’s ripe with insecurities and experimentation, a display of lyricism and ability to belt.
“Everybody’s Falling in Love” starts with an easy pop track that bops along to the likes of Christine and The Queens. “Drink me like the cheapest wine/ And disappear in a day/ I’m not going for the win,” LP sings over the mid-tempo synthesized beat. The song swings low during the verses before the pace quickens for each of the groovy choruses.
LP drifts toward Miley Cyrus territory, and though it might not be noticeable at first, it’s all over their sound, energy and vocal dexterity. Cyrus has mastered singing as both a real and fictional pop star and has recorded albums that span country, pop, punk rock, R&B and psychedelic styles. A lot of these genres LP takes on in the new album alone.
Country styles are interspersed on “My Body” with a driving opening, laced with backing whoops, howls and claps. The song is emotional because of how LP uses songwriting to both reclaim ownership of their body’s faults (“as syndromes go, Stockholm is kinda lovely,”) and in respect to their non-binary identity. Though they may be lonely after their lover left them, so be it. “I feel like starting over/ Punk rock from Bossa nova/ Change my style and maybe/ Go buck wild/ Start to pay myself some more attention,” LP sings.
“Yes” follows in the same vein; an acoustic guitar chorus that builds to a belting chorus. Cyrus and her raspy country-influenced voice could take this on, but what is interesting is so could Celine Dion–who has recorded LP’s material before. LP’s version of “Yes” sounds great, but the song is definitely ambidextrous and with Dion’s style could make it into a soaring ballad full of belting and inspirational anecdotes.
There’s “How Low Can You Go?” which moves with an upbeat poppy track throughout. It begins with a very descriptive opening: “Last time I saw you/ We did coke in a closet/ At the Chateau Marmot/ We were happy and on it.” On “Rainbow,” a quiet acoustic guitar leads the song as LP sings of learning to see the light of day between the stones thrown at them. “Is it worth surviving just to see a rainbow,” they sing oh so queerly."
Churches comes to an end with “Poem,” which is just that and nothing more. In just 75 seconds they are able to find comfort, finally claim their body feel safe with the prize at the end of the rainbow. “You are my church/ And it begins when we touch,” LP says in the album’s final lines.

In a month dominated by music with jingling bells and warm antidotes about fireplaces, LP’s Churches might offer the freshest and most original bit of new perspective we’ll find. LP has created an album that challenges prescribed labels. Make time for it."