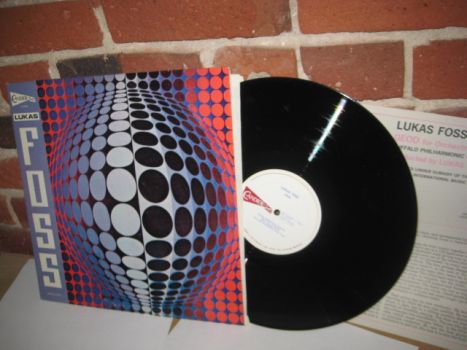 Lukas Foss has long shown remarkable facility in absorbing, or rather imitating, the techniques of the new music. For GEOD the orchestra is divided into four groups, each with its own conductor and each with its own materialoverlapping string clusters, overlapping chords for brass, and, for Group 4, twelve folk songs, one starting on each note of the chromatic scale. All this is improvised on in a rather strictly delimited way, the whole allegedly being unifiedone doesn't hear it as a unityby a 132-note row in a manner which I have no intention of attempting to describe here. Various textures characteristic of each group are produced which a fifth conductor, in charge of the whole, mixes together, cueing the different ensembles in and out as required. For the purposes of this record he was replaced by the sound mixer in the recording studioFoss himself.
More Information
Please sign in with your email address or Create an Account.
New Products
Compare Products
Compare
Clear All
You have no items to compare.
My Wish List
Last Added Items
Go to Wish List
You have no items in your wish list.
Vinyl Records Vancouver
Categories
Help
Quick Link
Newsletter