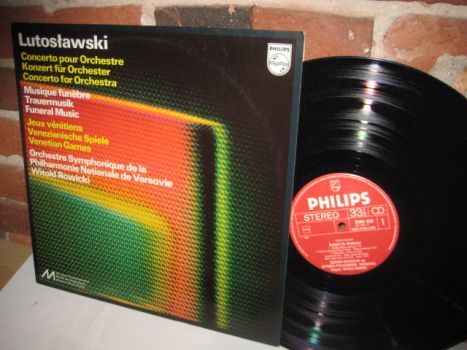 Great recording, this was my first introduction to this work when I bought the L.P. in the early 70's, I was quite young at the time but took to the music almost instantly.

Witold Lutoslawski ( January 25, 1913  February 7, 1994) was one of the major European composers of the 20th century, and one of the preeminent Polish musicians during his last three decades. During his lifetime, Lutosławski earned many international awards and prizes, including the Order of the White Eagle, Poland's highest honour.
More Information
Please sign in with your email address or Create an Account.
New Products
Compare Products
Compare
Clear All
You have no items to compare.
My Wish List
Last Added Items
Go to Wish List
You have no items in your wish list.
Vinyl Records Vancouver
Categories
Help
Quick Link
Newsletter