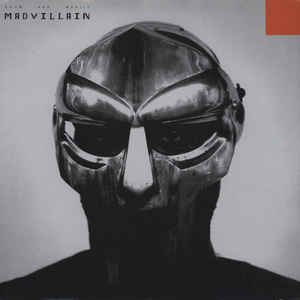 Two of hip hop's most brilliant minds and prolific artists meet in the most-anticipated LP of 2004. Music by Madlib. Words by MF Doom. Ranks with the best work from either of them, and that's saying something. Features the smash singles "Curls" and "Money Folder," plus cameos from Quasimoto, Wildchild, M.E.D., and Stacy Epps.


Dooms partner in Madvillain, the West Coast producer Madlib, was born Otis Jackson, Jr., and emerged in the mid-nineties with the group Lootpack. He established himself in 2000 with The Unseen, an album by his alter ego Quasimoto. (He created the character by speeding up his voice slightly.) As hip-hop producers were moving toward keyboards and drum machines and away from samples of records, which are expensive to license, Madlib stuck stubbornly to samples of jazz and rock recordsespecially jazz records. His sound was distinct enough to avoid anachronism: of a tradition but unique. In 2003, Madlib was given access to the vaults of Blue Note records, and he created a long, effective montage of sixties and seventies jazz called Shades of Blue.

Madlib and MF Doom are both comfortable with what might be called the casual noise of hip-hop, the sonic by-products of the act: spit hitting a microphone, the crackle of an old record, the sibilant hum of a low-resolution digital sample. The voices and samples on Madvillainy sound as if theyd been coated with dust, fried, dropped, rolled around, and then fried again.

But Madvillainy is hardly a difficult record. MF (which stands for Metal Face, among other things) Doom, who appears on the cover masked, looking like an extra from Alexander Nevsky, takes a deep pleasure in words: alliteration, internal rhymes, and pure sound. The point of Madvillainy is largely poeticcelebrating the language of music and the music of language. Its not hard to quote Doom. From Money Folder: Egads, she got enough style to start three fads. From Raid: The metal fellow been rippin flows / since New York plates were ghetto yellow with broke blue writing. (Who wouldnt like to hear more rhymes about license plates?) There are many references to science fiction and TV. Doom can turn a corner with a quote reminiscent of Star Trek or The West Wing (Sir, request permission to be candid. Granted), touch on commercials (Better get Maaco), and end with an enticing metaphor all his own (more soul than a sock with a hole). Thankfully, Madvillain doesnt define itself against the mainstream. The only reference to popular m.c.s comes in a song called FigaroMozarts guyand its deliciously subtle: The clever nerd / the best m.c. with no chain ya ever heard.

Most of Madlibs beats are made from samples of records, though it is hard to say which ones, even in a general way. Is the lovely, decaying piano figure in All Caps from a jazz record? An English skiffle record? A documentary about whales? Americas Most Blunted begins with a sample of Steve Reichs Come Out, and then stumbles into a swaggering funk pattern. The three instrumental tracks are some of the albums best moments, brief as they are: Do Not Fire! could be the theme of a Cuban kung-fu movie, and Supervillain Theme sounds like the work of an accomplished rock band from a country that the United States does not maintain diplomatic relations with.

After a few repetitions, a sample becomes known but doesnt necessarily stop being strange. The imperfections in whatever is being sampled are retained, the stresses and flaws and cracks. There is a tactile quality to Madvillainy, which leads us to the smoking gun of the record, if there is one: marijuana. There are repeated allusions to weed and several samples of a 1971 record called A Childs Garden of Grass: A Pre-Legalization Comedy. The key sample: In fact, everyone finds that theyre more creative stoned than straight.

For most of us, this is poppycock, but Doom and Madlib succeed in translating the heightened physical sensitivity and associative facility of the stoned mind into concrete sound. Madlib, especially, seems able to hide music inside other music. His samples lie on each other like double exposures, or like a cassette tape that allows the previous recording to bleed through the new one. Strange Ways sounds like several songs constantly competing to achieve dominance. Doom, happily, is undisturbed. The narcissism of the stoned can be a gift.

this is the most underappreciated piece of art in history

the dancer is the best she is a real throw back.
relying on talent not marketing and promotion.
that what the mask is.

this is so inspiring.. Yeah I dig the Sun Ra in this.. they all continue where the ancients left off...