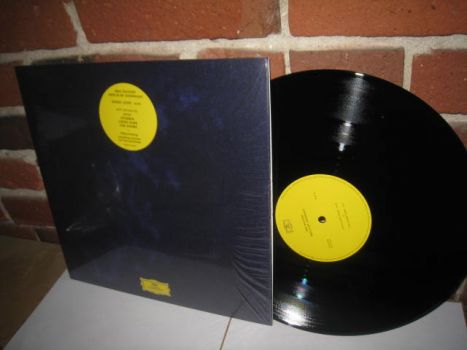 
Max Richter (born 22 March 1966), is a German-born, British composer who has spearheaded a renewed interest in neo-classical composition and the convergence of contemporary classical and alternative popular musical styles since the early 2000s. Richter is classically trained, having graduated in composition from the Royal Academy of Music and studied with Luciano Berio in Italy, but he is influenced equally by punk and popular forms of electronic music.


To coincide with Max Richter s Royal Albert Hall debut on 4th October, where he joins forces with Daniel Hope in one of the rare live occasions that sees them together on stage, DG will release a new, eclectic REMIX EP

Berlin by Overnight by Max Richter is taken from Daniel Hope s latest album Spheres (2013) and will now be released DIGITALLY and on VINYL together with 4 remixes by internationally acclaimed remixers, who were carefully selected and picked up on the nocturnal, minimal and repetitive atmosphere

The international line up of remixers:
Efdemin: A dark sounding producer from Berlin, known for his minimalist musical approach, who regularly performs at clubs such as the Berlin Panorama Bar (Berghain)

CFCF: A renowned Canadian electronic artists whose music alternates between the spaces of dance, ambient, pop and neo-classical who has already remixed the music of artists such as Crystal Castles

Lorna Dune: One of the most versatile keyboardists & producers currently working in New York, with a background in classical, experimental, electronic, and pop. Known for the creation and performance of new and experimental music

Tom Adams: A multi-instrumentalist, composer, producer and songwriter based in Cambridge, who has recently scored the music for the Universal Picture film The Knive that killed me whilst doing remixes for artists such as Nils Frahm

180g vinyl with digital download code redeemable from the label** Richter returns to Deutsche Grammophon to present his 'Berlin By Overnight' composition for Daniel Hope with remixes from Efdemin, CFCF, Lorna Dune, and Tom Adams. Daniel Hope plays the original track on the "Ex-Lipinski" violin, accompanied by Jochen Carls' double bass. The remixes range from a slow, elegant CFCF take buoyed by waltzing bass and strobing electronics, to Efdemin's chiming techno rework and, most interestingly of all, Tom Adams'b dynamically muddled Max transformation.