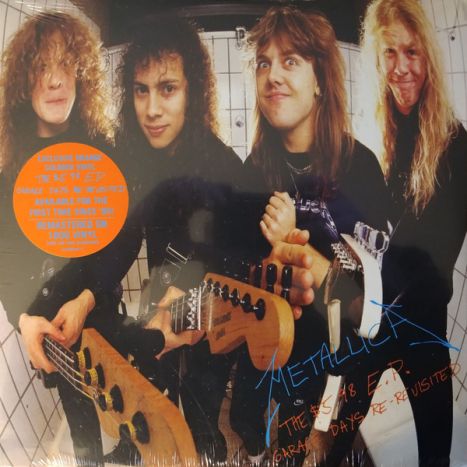 The songs are all excellent, right up there as a whole, with their first three albums. Highlights being "The Wait," "Last Caress/Green Hell," "Helpless," and "Crash Course In Brain Surgery."

The Wait is a song by Killing Joke, it first appeared on their eponymous 1980 debut album, Killing Joke. In 1987, Metallica covered "The Wait" on their E.P. The $5.98 E.P. Garage Days Re-Revisited and re-issued it on their 1998 compilation album, Garage Inc. An excerpt of Metallica's version appeared in the film School of Rock.