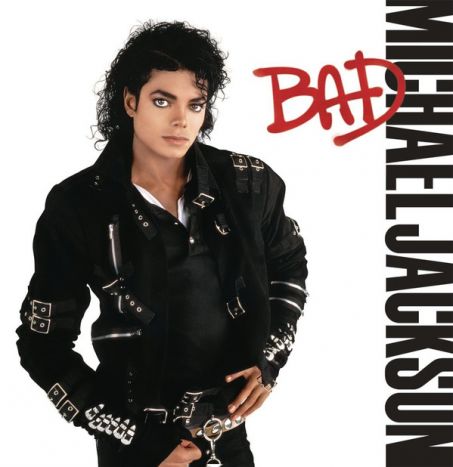 Country:
Europe
Released:
06 May 2016
This is for the MPO pressed 2016 reissue release on heavyweight vinyl in a gatefold sleeve on the Epic / MJJ Productions labels. Issued with a cardboard inner sleeve with lyrics and release credits.

Michael Jackson was always going to have trouble with a follow-up to his multi-Grammy award winning, record breaking, revolutionary and 50 million selling "Thriller" album. After all, it was the biggest selling record in history and spent a remarkable 37 weeks at No.1 on the US chart. So along came 1987, and with it, Michael's long-awaited follow up, "Bad." It's a well-known fact that it wasn't as good as Thriller, but it's definitely still an excellent and classic record too - and 25 million sales prove it, even if this was only half of its predecessor. As with all Michael Jackson albums, "Bad" spawned a string of massive worldwide hits which topped the charts worldwide and set new trends, broke records and revolutionized the way the world listens to music. Bad contains an impressive eight singles that were released in the UK.

Bad opens with the superb title track, "Bad." As the second single to be taken from this album, the song peaked at No.3 in the UK and was another massive US No.1 for Michael in September 1987. The beat is heavy on this song, and the vocals from Michael are nasty - they really do give the sense of bad and evil. The verses are subdued, while the chorus is a full-on assault in which Michael proudly declares his 'badness,' perfectly built up with the bridge.

"The Way You Make Me Feel" is just an absolute classic. By far one of Michael's best ever songs, the song peaked at No.3 in the UK and was a US No.1 in December 1987. The deep and very tight bassline on this song is absolutely amazing, which runs the entire five minutes of the song. The way the song is arranged is just perfect, and Michael's voice is excellent as it rises and falls.

"Speed Demon" is another excellent song, with a clunky beat that captures the imagination. The highlights include Michael's high-pitched vocals halfway through and the car engines revving up.

"Liberian Girl" is one of the most laid-back and relaxing songs on Bad, yet it isn't really a mid-tempo song. Michael's subdued vocals are perfectly contrasted with the deep beat and the mysterious woman's foreign chant every so often. Not the best song, but still a good song overall.

"Another Part Of Me" is one of the best songs on the album, with its nasty and ear-catching beat. It was a very radio-friendly song, which only peaked at No.15 in the UK. "Man In The Mirror" was Michael's 10th US No.1 single, but charted at a disappointingly low No.21 in the UK. The message behind the song is that if you want to make a difference in the world you should start with yourself, and if you're not happy with yourself, you probably won't be bothered in making that difference. The song has a memorable chorus with a catchy hook, but the verse lacks this.

"I Just Can't Stop Loving You" is without a doubt one of Michael's best-ever songs. A UK and US No.1 hit single in August 1987, this remarkable mid-tempo ballad opens with spoken text by Michael, about how much he loves the lady in his life. The song then begins after around 37 seconds with a beautiful tune. The verses that follow have a catchy and smooth arrangement, and the chorus is amazing. Michael also shares the song with Siedah Garrett - her contribution to the song is equally thrilling.

"Dirty Diana" is another absolute classic and a favourite amongst many fans. This is the perfect song to sum up the atmosphere of the album - dark and bad, but in a good way. The verses are rather slow and swaying, before the chorus jumps in with its heavy-rock chorus and Michael's screeching vocals.

"Smooth Criminal" is yet another amazing song. The song has a funky beat, with brilliant and flamboyant vocals, along with Michael's classic line "Annie are you ok? So, Annie are you ok? Are you ok, Annie?" The video is legendary and features Michael pulling off some amazing moves in his white suit, and who could forget the scene where he throws a quarter in the club before it lands in the jukebox at the other side of the room?