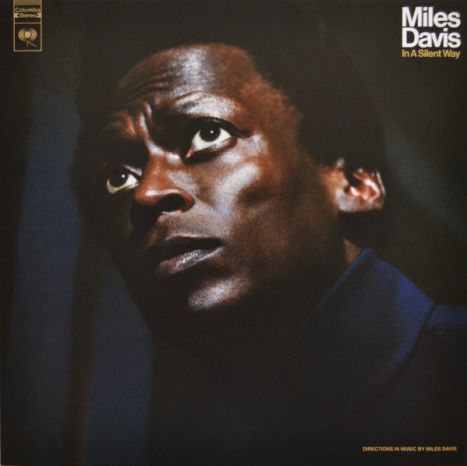 Also this version doesn't have the hype sticker that reads "50th Anniversary".
© 1969, 2019 Columbia Records, a division of Sony Music Entertainment / Originally released 1969. Made in the EU.

Not much happens on this album, no raging solos, no instantly memorizable melodies, no thunderous or mind blowing drumming. So why 5 stars? Because this album has something about it, an ineffable atmosphere of calm beauty that is joyful, trancendant and yet peaceful. Its like a cooling summer rain punctuated by occasional thunder in the distance. Its pastoral, yet electric. "In A Silent Way" is considered Miles first fusion album and the first in which he explored rock rhythms (that's debatable). Its also ironically one of his most tranquil and beautiful. An ambient masterpiece.