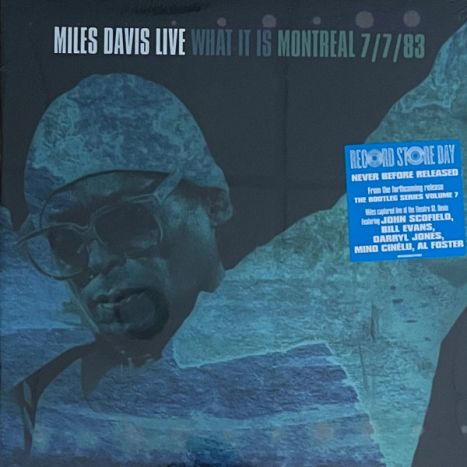 The recording has been lovingly mixed and mastered  the Record Store Day pressing of What It Is: Montreal 7/7/83 is its exclusive release on vinyl. What It Is includes tracks from Star People, the Marcus Miller tune “Hopscotch,” and the song “Jean-Pierre” that appeared on 1982’s We Want Miles. Miles thought so well of these recordings of “What It Is” and “That’s What Happened” that he utilized them, in heavily edited form, for his 1984 release Decoy; What It Is presents these tracks for the first time in their complete form. Packaged in beautiful gatefold packaging, What It Is: Montreal 7/7/83 features liner notes penned by the incomparable music journalist Greg Tate in one of his final writing pieces.