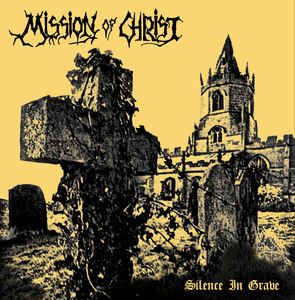 Mission Of Christ ‎– Silence In Grave + Realms Of Evil

Featuring future Black Mountain frontman Stephen McBean and an original member of the Neos (the band J Mascis still refers to as 'the only hardcore band in Canada') Mission Of Christ were the band that united the punks and metal-heads in Victoria, BC. Young skater kids riding into the collision between metal and punk — those wild days of early crossover. Albums such as COC “Animosity”, early Metal Church, Accused “Martha Splatterhead”, Sacrilege UK, Trouble, Venom and Slayer were all on heavy rotation. We've got some links so that you can give it a listen below.