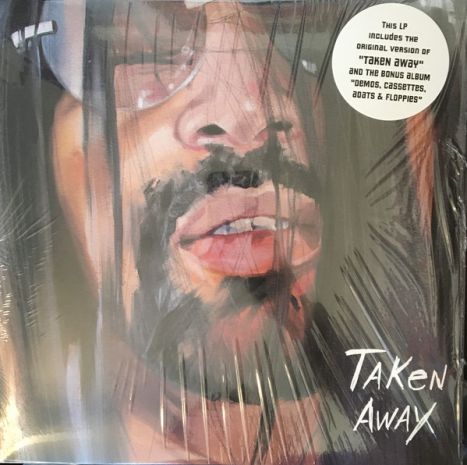 ( pitchfork) " Kenny Dixon, Jr., better known as deep-house hero Moodymann, whose career spans 25-plus years and an influence that can’t be overstated. Dixon was sitting in a van outside his own building in Detroit when someone reported “suspicious behavior” and the cops rolled up with their chaos. He made it out alive. Echoes of the conflict are all over his new album.

Taken Away dispenses immersion therapy like last year’s woozy beaut, Sinner, and stinks of George Clinton like 2014’s self-titled long-player. But there’s often an ache where the fun used to be. There’s funk, in both senses of the world. “Goodbye Everybody” summons Lowell Fulson’s “Prison Bound,” swapping the original’s bluesy stomp for a roiling swamp of what sound like detuned bells and percussion that hisses like tasers. It’s closer in spirit to Erykah Badu than, say, boompty house. The crisp breaks and comfy swing of “Let Me In” could be legit Badu, or even Mary J., but Moodymann counters the grace of the (uncredited) female voices with spite: “You’ve never been a good soul to anyone/Especially me.”

Some tracks are plush. “Let Me Show You Love” is maybe the most flat-out gorgeous thing he’s made to date, a velveteen expanse of sparkling melodies and little sequin-bright effects and blissed-out whispers. The purple chords and compressed tumble of “I Need Another ____” are horny as hell, but the “relief” that Dixon and his female companions call out for sounds as material and existential as it is sexual. “Just Stay a While” lights up the room with a fiber-optic bassline and irresistible beat; a quiet-storm interlude blows through every now and then, increasing the humidity without relieving it. If the vocals were glamorous, the song could be Luomo. Instead the sentiment is: “My back’s against the wall.” And not because nobody’s dancing. “Slow Down” does just that, buoyed by overlapping vocal vamps and a warm piano riff, and it’s just the sound of summer, complete with kids enjoying themselves. Until sirens interrupt."