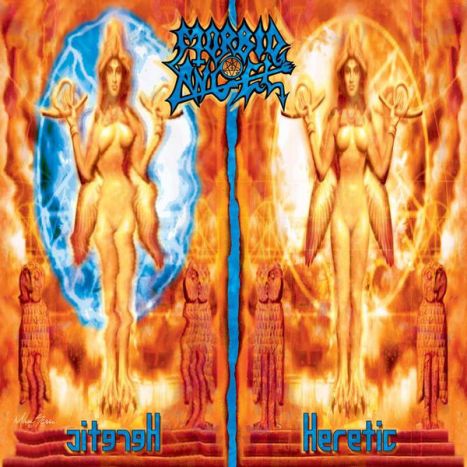 Record is VG+ VG++ has some light wear

Cover is still in shrink VG++ clean (see our copy)

Formative genetic material of death metal, this band formed in 1984 in Charlotte, North Carolina, and recorded its first album "Abominations Of Desolation" in 1986 (albeit not released until 1991), being inspired by Slayer but eventually moving on to more progressive works with the genre-definitive "Blessed Are the Sick" in 1991. Progressive, rhythmic, complex and evil death metal with lyrics well-crafted from Sumerian and Lovecraftian domains. Not surprisingly, "Covenant" (1993) was the first death metal album released on a major label (Giant Records) as even musicians outside the genre found the band technically and artistically impressive.