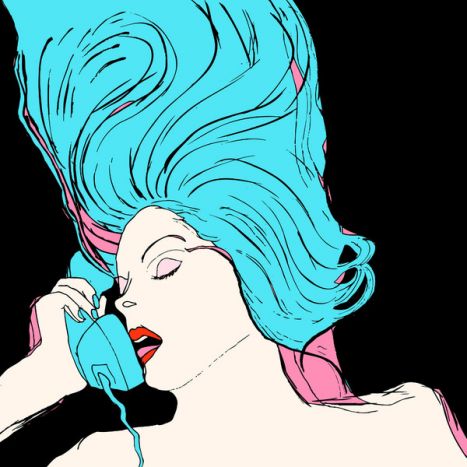 
Detail from record labels:
℗MMVII DJ Copy [all sides]
Each side is sub-titled thus:
A - Grip The Wheel
B - Shattered Dreams
C - Over The Edge
D - Twin Exits

Italians Do It Better continues with their deluxe reissue pledge for 2010 delivering the definitive edition of Chromatics classic 2007 album Night Drive. For a multiplicity of reasons (most notably misplaced master tapes) the version that has gained a million column inches in the past three years was never meant to be heard, an incomplete demo version burned to hand out at tours. Having located the masters some 18 months later, Simonetti and co do the smart thing in presenting this deluxe edition, replete with the five tracks missing from the demo CD and fully remastered. Thus Johnny Jewel's original cinematic vision is presented in its full glory seeping in analogue warmth. Enough words have been dedicated to the tracks that filled the 2007 demo version that it seems redundant to spill any more ink on the matter though the Kate Bush cover does sound delicious! The five extra tracks make this a more than worthy purchase, from the poignant piano heartbeat of "Shining Violence" to the final departure via the Carpenter esque synth dynamics of "Accelerator".