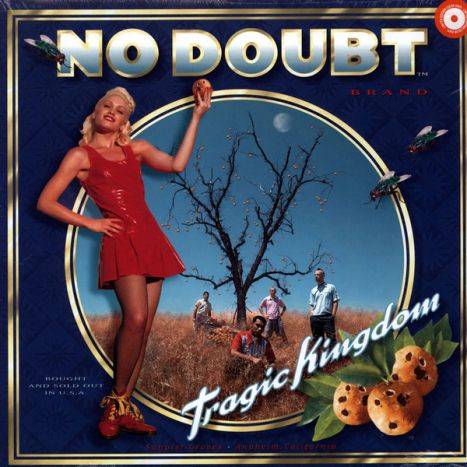 No doubt is most likely a band that needs no introduction but I'll try to give one anyway. They started out as a Ska band, heavily influenced by The Specials and Madness. But after the departure of Gwen's Brother, Eric (Who later worked as an animator for The Simpsons) they started to include more pop and other influences which brings them to the unfortunate pop band that they are now. However on this album, they haven't been totally polluted and the mixture of pop, rock and ska flows quite well.

Contrary to popular opinion, No Doubt has more to offer than just an attractive songstress. Not that she isn't, but there's more to this group than that. This is No Doubt's third album, and the first on a major label. This album includes the singles that gained No Doubt their fame, namely the mischievous 'Just a Girl' and the ballad 'Don't Speak'.

Gwen Stefani's performance on this album is excellent, although I can see that it's not for everyone. She has the innocent schoolgirl vocals, whilst cautiously being rebellious. At moments she tends to bring too much pop to the surface, but overall the vocals are enjoyable. The lyrics are all written about the same theme; the feelings after a break up. Apparently this album serves as an image for the break up between her and the bassist Kanal. Although I'm not sure whether it was written before or after it.

Speaking of bass, Kanal's bassing is a highlight on the album, it is in fact very audible and quite prominent throughout most songs. He wrote some grooves that really push the album forward. The guitar is in fact more technical than one would expect, as shown in the tapping solo in 'Tragic Kingdom'. Some great riffs and solos are to be found on the album. The Keyboards are hardly noticeable, sometimes they stick their head out of the ground, but overall they don't play a big role on the album. The drumming as well is very low in the production, which gives a poppy feel.

That is in fact the greatest flaw of the album, the overly clean poppy production, which can get irritating nearing the end of the cd. The album starts off great with the trumpets and saxophones bringing the ska, combined with rock energy and pop melody. However one must notice that they can't keep up with this formula the whole cd, which keeps the effort from being magnificent. But this is no bad album by any means. It's a good album for those who can appreciate ska and can endure the poppy melodies, which is certainly not a problem for me. The album doesn't contain a lot of variation, except for the beautiful ballad 'Don't speak'. The use of many instruments including even sitars mostly takes care of this minor problem.

This album is on the Rolling stone 500 best albums list, and perhaps it deserves its spot there, but I fear that it is solely there due to the immense popularity of No Doubt and Gwen Stefani in particular

No Doubt - Just a girl (Live in tragic kingdom)