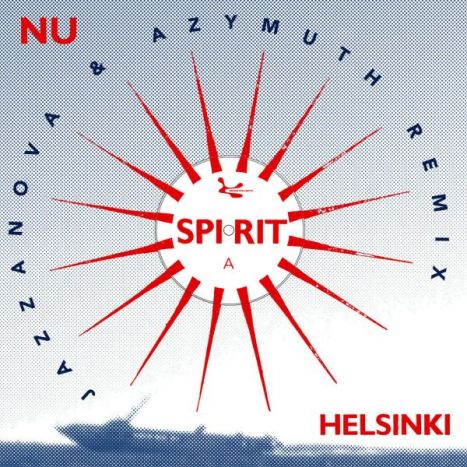 
It can get really cold in Helsinki. Funny enough it is a stronghold for beautiful warm radiant music. Nuspirit Helsinki have been favourites of Jazzanova for many years. Their mutual relationship goes back to regular DJ-stints combined with vodka-headaches courtesy of DJ Lil Tony of Nuspirit Helsinki and the release of an EP on the label joint-venture Jazzanova-Compost Records. This creative collective released their debut album on Guidance Recordings one of the tracks being "Honest" feat. Helsinki based singer Nicole Willis. The Jazzanovas were asked for a remix almost 3 years ago. Well it took 10 different versions to get finished and it was worth the wait. Jazzanova transform this sulky track into a dancehall burner and release it on their label Sonar Kollektiv.

Here Azymuth play a cover version of an orginal-tune NuSpirit Helsinki. "Seis por Ocho" gets a more danceable rework here. This legendary Brazil-Fusion Band has been around since the 70ies. They even played the Jazzanova Club-night Kaleidoskop a while back.