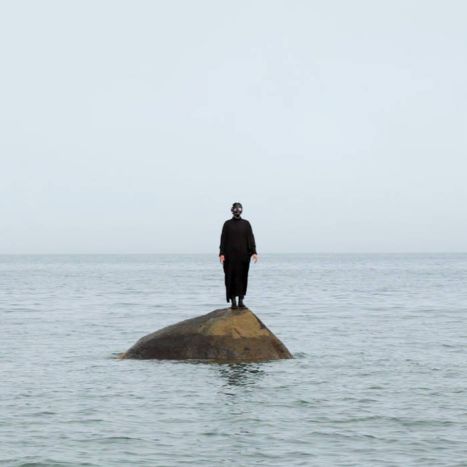 ( Exclaim!) "The aforementioned opener and closer are more in line with Cogan's Shadowland album from 2016, which transitioned her from her earlier folkier material into something more psychedelic, while the majority of the songs are an elevation of the dark and supernatural aura of 2017's Crickets. Cogan's lyrics are hard to discern — her voice is used more as an instrument, whirling in pitch and pulling the listener along. Songs can blur into one with a consistency that makes it difficult to distinguish one song from the next. Bells in the Ruins, however, is perhaps her most intense, with a contrast of warmth and spookiness that warns of the unsettling gloom that can lurk below the surface."

( Spill Magazine)
" Bells In The Ruins is Ora Cogan’s seventh album, and her first since 2017’s critically acclaimed Crickets. During those three years, it is obvious that she has been writing and developing her sound. The result is her strongest album yet. Bells In The Ruins is a solid album full of twists and turns that keep the listener glued to the album.

The album opens with “Sleeping”, which sounds like a tip of the hat to The Cocteau Twins. It certainly has the same feel and sparse production with dreamlike vocals. “Skull” kicks in with a fantastic backing track, not exactly dance, but certainly it moves the body. Cogan provides her vocals, which set against the music are beautiful and breathtaking. The album continues on in this pattern. Cogan’s vocals express and evoke emotion from beginning to end. Listen to “Kills” for an example of how she uses her vocals, not necessarily the lyrics she is singing, but rather her vocalizations. It all fits together.

The album ends with the heartbreaking “Crime”. Again, the sparse musical arrangements, exquisite guitar and her plaintive vocals wraps the album up nicely. It brings everything to a close. The album is not a concept album, but themes are present throughout, and Bells In The Ruins seems to be very personal. Cogan explores her relationships and her place in the world.

Cogan is a very talented musician. Her guitar work is extraordinary and fits the tone and vibe perfectly throughout. Co-producer David Parry also adds some very tasteful slide guitar. Reggie Bast deserves a great deal of credit for his synthesizer work throughout"