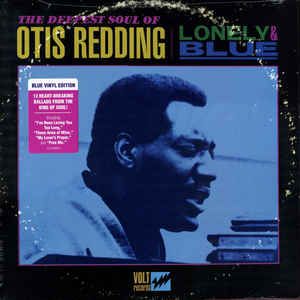 
Otis Ray Redding, Jr. (1941  1967) was an American singer-songwriter, record producer, arranger and talent scout. He is considered one of the greatest singers in popular music and a major artist in soul and rhythm and blues. His singing style was powerfully influential among soul artists of 1960s and helped exemplify the Stax sound.

Born and raised in Georgia, United States, Redding left school at 15 to support his family, working with Little Richard's backing band, the Upsetters, and performing at talent shows for prize money. In 1958, he joined Johnny Jenkins' band, the Pinetoppers, and toured the Southern United States as driver and musician. An unscheduled appearance on a Stax recording session led to a contract and his first single, "These Arms of Mine", in 1962. Stax released Redding's debut album, Pain in My Heart, two years later.

Initially popular mainly with African Americans, Redding later reached the broader American popular music audience. He and his group first played small gigs in the South, then debuted in the western United States at LA's popular Whisky a Go Go. They later performed in Paris, London and other European cities.

Vinyl LP pressing. 2013 collection from the Soul legend. Deepest Soul was designed, both in song choice and packaging, to evoke the look and feel of a late '60s Stax Records album that Redding might have released at the height of his career, but, in fact, it's a collection that never existed...until now. This is an album that hones in on one mood and one theme only - heartbreak.

Says producer David Gorman: "The goal of this album was to create the best album Otis never made and 'reissue' it in 2013 rather than do another 'hits' compilation." The album has been produced to look and feel like a decades-old Stax/Volt LP - complete with LP wear marks on the cover! This pressing comes in blue vinyl. It was mastered by George Horn at Fantasy Studios & Pressed at Rainbo Records!

This is the REAL SOUL music (sang from the heart, no pretense)
Spread the word! ''

He was just 26 years old, and already he had 21 R&B hit singles to his credit, most of which also scored on the Billboard Pop Hot 100. Following his death he would have another 10 posthumous hits, including his greatest.


Otis Redding - I've Been Loving You Too Long

This song and this artist are rooted deeply in gospel and blues. The lyric is dripping with irony.

Otis Redding - These Arms Of Mine

Otis Redding - I've Been Loving You