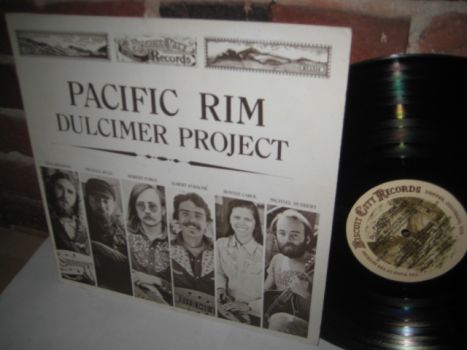 
In 1977 a Denver record company wanted to make a mountain dulcimer record, the Pacific Rim Dulcimer Project crew to do this recording the experiences with the Kindred Gathering crowd.


Neal Hellman found his first dulcimer mentor in Vancouver, British Columbia. It was the inspired teaching of John Prisland that led Neal to write his first book, "Life Is Like a Mountain Dulcimer," which was transcribed in colored pencil in a hiker's cabin in Squamish, B.C. His dulcimer muse then led him back to the city of his birth where The Richmond Organization published said book in 1974.

Neal then hit the dulcimer trail and toured extensively between 1981 and 1989, spreading his dulcimer light as far as the European continent in 1984. During this time, Neal
published dulcimer books for Music Sales, Hal Leonard, and Mel Bay Publications.

In 1987 Neal started his own record label, Gourd Music. As founder, director, and a primary artist of Gourd Music, Neal has produced over thirty recordings. Gourd Music is described
as being "on the forefront of the new acoustic music movement...well written, expertly
performed, masterfully produced, and carefully manufactured" by The Schwann Catalog.

Neal's three recordings, Oktober County, Dream of the Manatee (with Joe Weed), and Autumn in the Valley, have all met with critical acclaim. An original composition, written by Neal and performed by Jay Unger and Molly Mason, is featured on a Ken Burns production which was broadcast on PBS nationwide in the fall of 1999.
More Information
Please sign in with your email address or Create an Account.
New Products
Compare Products
Compare
Clear All
You have no items to compare.
My Wish List
Last Added Items
Go to Wish List
You have no items in your wish list.
Vinyl Records Vancouver
Categories
Help
Quick Link
Newsletter