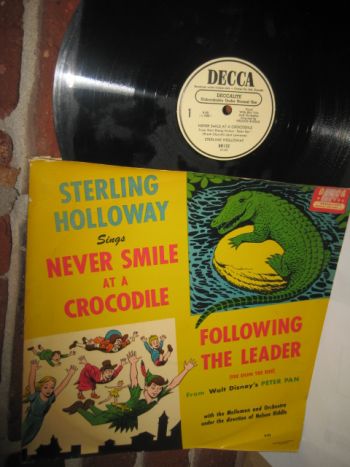 A ship of pirates is anchored off Never Land, commanded by Captain Hook with his sidekick, Mr. Smee. Hook boldly plots to take revenge upon Peter Pan for cutting off his hand, but he trembles when the crocodile that ate it arrives; it now stalks him, hoping to taste more.
More Information
Please sign in with your email address or Create an Account.
New Products
Compare Products
Compare
Clear All
You have no items to compare.
My Wish List
Last Added Items
Go to Wish List
You have no items in your wish list.
Vinyl Records Vancouver
Categories
Help
Quick Link
Newsletter