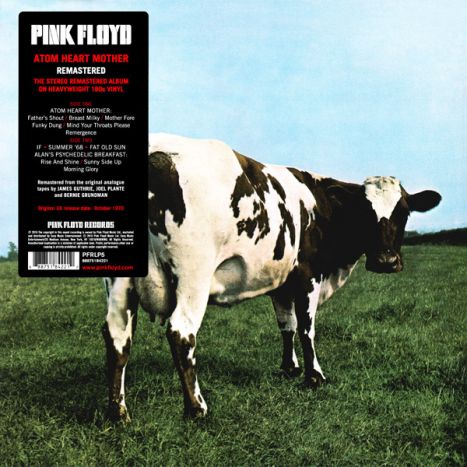 "Revisiting the album now is like entering a parallel universe inhabited by epic orchestral suites and songs created from the sounds of boiling kettles and frying bacon.

Pink Floyd would make better albums, but Atom Heart Mother remains the apotheosis of their experimental era – or as guitarist David Gilmour later described it, “our weird shit”.

An album that ended with a cow in a field in Potters Bar, Hertfordshire began more than a year before in Rome. Italian director Michelangelo Antonioni had commissioned Pink Floyd to score his next film, Zabriskie Point. They arrived in Rome to start recording in November ’69.

Antonioni’s 1966 movie Blow-Up had been a clumsy portrayal of Swinging London, and Zabriskie Point was a drama about US student radicals fighting ‘the man’, blowing stuff up and having lots of sex.

The early Pink Floyd embraced the unexpected and the concept of being, as drummer Nick Mason put it, “more than just a pop group”. They’d stopped releasing singles after December 1968 and had followed their second album, that year’s A Saucerful Of Secrets, with a soundtrack for the art house movie More. "