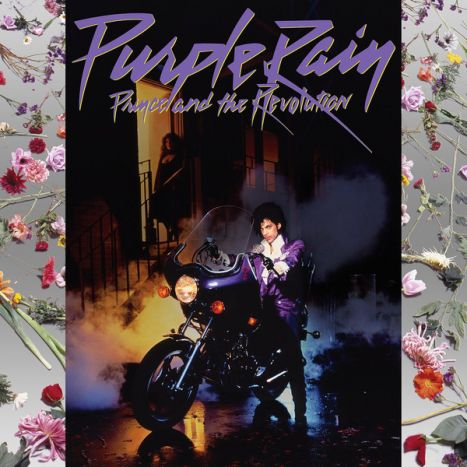 As it stands today, the Purple Rain Soundtrack is still one of the best albums I've ever heard. The nostalgic qualities it possesses after just a few notes into "Let's Go Crazy" are very powerful to me

So what exactly is it that makes Purple Rain so much more enjoyable than the rest of his catalog? What makes it the indisputable stand-out? For me, I think it has a lot to do with the Revolution's sound. They had a huge influence on the aesthetic of Prince's early albums, particularly from the input of Wendy Melvoin and Lisa Coleman (a/k/a Wendy & Lisa). Furthermore the production and instruments used by this group of musicians were less polished than what you'd hear from Prince today. And therein lies the primary reason for his decline over time.

The moment "Let's Go Crazy" opens with its funeral-esque keyboards and Prince's dialogue about life, there's a certain prevailing darkness. It remains until the ending moments of "Purple Rain," which I'll get to in a moment. And even though this is a pop record by design, there isn't the sugary sweet coating typically associated with this sort of music.

"Computer Blue" is another Purple Rain highlight. With a solo from Prince and an unobtrusive rhythm section, we get to hear the intricacies of his guitar skills. The song leads directly into the infamous "Darling Nikki." It's usually a favorite among the female crowd, but I find it to be one of the best due to the screeching vocals that have become synonymous with Prince. "When Doves Cry" is self-explanatory. "I Would Die 4 U" shows the same keyboard flair Prince possessed when writing the music for Stevie Nicks' "Stand Back." It glides along effortlessly and stands as one of the best tracks to grace this 40-minute experience.

Ending with Prince's most recognized song, "Purple Rain," I can't help but declare this one of the most perfect pop songs ever recorded. It's been played to death and just about everyone knows it, but that doesn't mean a thing to me. I'm talking about a song that should never be mentioned without words like iconic, transcendent, or epic attached to it. It also happens to be a gripping part of the film, in which Prince dedicates its lyrics to his father who has just committed suicide. Very few songs have since matched its beauty or timelessness.

Ultimately, I'd admit that it's inconsequential to review an album like the Purple Rain Soundtrack. It had such a huge impact on '80s culture and is still one of the most highly respected soundtracks in the history of our generation. It doesn't need press and it certainly doesn't need justification from me, but it's certainly worthy of celebration from time to time. And really, that's all I'm here to do. Well, that and maybe to relive my past a bit.