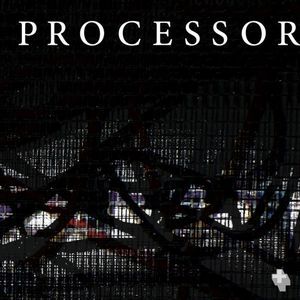 Skip to the beginning of the images gallery
Details
Processor - Processor


All songs Written and produced by M Joakim and Lorenz Peter, 2013. Mixed at Write Sounds by Heiki Sillaste in Toronto, Canada.

Processor creates a cyclical vortex of sound, hypnotic, relentless and chaotic. Dark driving basslines, jagged shapes, like shrapnel fly among electric swells and echoes. Many of these songs were written in the summer of 2012 and have since then exploded into the wild soundscapes they are now.

Drowned Rat, Sombre Beach, Ghost Factory and Sleeping Driver.
The tape is a pre-release of the Processor LP due in September (on paper+sound), and features demo versions of some tracks.

Lorenz runs LPs records in downtown Toronto. He has played in
various musical & experimental projects since 1990 including Corpusse,
Les Fontaines and Bay of Creatures.

M. Joakim is a lighting designer and technician working in Toronto.
She explores many ideas in sound with bass, tapes, loops and radios.
It was through this interest that she met Lorenz in 2010.

When L asked her what she had on her headphones and M passed over the set, it was all voices, buzzing amps and static. Later at Ms place she played a tape for L and it was a collage of radio snips, along with methodical use of the pause button. L asked M asked to join Toronto
psych-noise band Bay of Creatures and since then have developed the sound that became Processor.