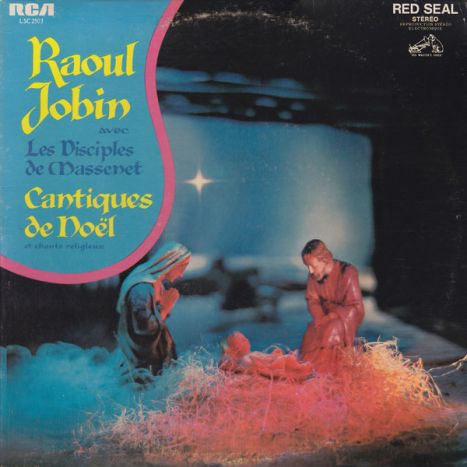 3 -He was born, the Divine Child

5 -The angels in our countryside

5 -Our Father who is in heaven

Director of the choir: Charles Goulet

Roland Roy at the organ

Born Joseph Roméo Jobin in Quebec City, Quebec, where he first took private voice lessons before studying with Emile Larochelle at the Laval University. He then went to Paris to continue his studies with Mme d'Estainville-Rousset (singing) and Abby Chéreau (stage skills), his exceptional voice quickly captured attention and he made his debut at the Paris Opéra on July 3, 1930, as Tybalt in Roméo et Juliette.

From then on, his career made rapid progress. He quickly sang principal tenor roles at both the Opéra and the Opéra-Comique, as well as in many cities throughout France, Lyons, Toulouse, Bordeaux, Marseilles, etc. He sang mainly the French repertoire, with occasional incursions into the Italian repertoire. In 1939 he created the role of Fabrice Del Dongo in La Chartreuse de Parme by Henri Sauguet. With the outbreak of the war, he returned to North America.

He made his debut at the Metropolitan Opera on February 19, 1940, as des Grieux in Manon. He remained with the company until 1950, where he sang many roles alongside such singers as Lily Pons, Bidu Sayao, Licia Albanese, Rise Stevens, under conductors such as Wilfrid Pelletier and Thomas Beecham, among many others. He made regular appearances in San Francisco, Chicago, Boston, New Orleans, etc., also appearing in Mexico City, Rio de Janeiro, and Buenos Aires.

The war over, he returned to Paris in 1947, where he successfully sang his first major Wagnerian role, Lohengrin, earning him the nickname "Monsieur Lohengrin". He later sang the role of Walther in Die Meistersinger von Nürnberg with equal success.

Subsequently, Jobin divided his time largely between Europe and America, maintaining his high standard in his accustomed roles while adding new ones, until his retirement from the stage in 1958.