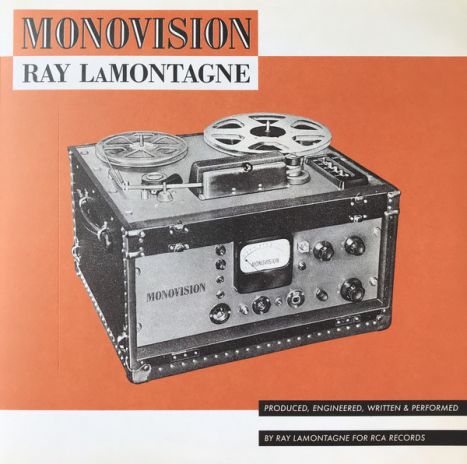 A1 Roll Me Mama, Roll Me
A2 I Was Born To Love You
A3 Strong Enough
A4 Summer Clouds
A5 We'll Make It Through

Recorded At – The Big Room
Mastered At – Gateway Mastering

"While LaMontagne, a New Hampshire-born Massachusetts resident, has usually expanded his sounds from album to album — adding strings, for example, or dipping more than a toe into psychedelia — here he takes a few steps back and the outcome is stunningly refreshing.

A roster of key influences also found on earlier albums, like Van Morrison or Neil Young, are also evident here, but now they’re channeled more directly than before thanks to the unfussy arrangements and a deep-and-wide mix that avoids feeling claustrophobic or disjointed despite a recording process built on overdubs.

A trio of songs opening the second half of the album echo them clearly. You can feel Morrison looking across the ocean on “Misty Morning Rain,” while “Rocky Mountain Healin’” blends Young’s harmonica with John Denver’s earnestness. “Weeping Willow” has the innocence and harmonies of an early Everly Brothers tune.

“Strong Enough,” which evokes a mother’s sacrifice amid a future that seems no more assured, rings of Creedence Clearwater Revival. A few more songs with its brisk pace would have done the album good.

Two of the best tracks are “We’ll Make It Through” and “Highway to the Sun,” the last songs on each side of the vinyl release. The first wraps its confidence about a relationship in a poignant melody with a fluttering harmonica, while the second is languid and bittersweet — “Just want to feel something real before I die” — while leaving a door open to the possibility that the wish may yet come true." ( ABC)